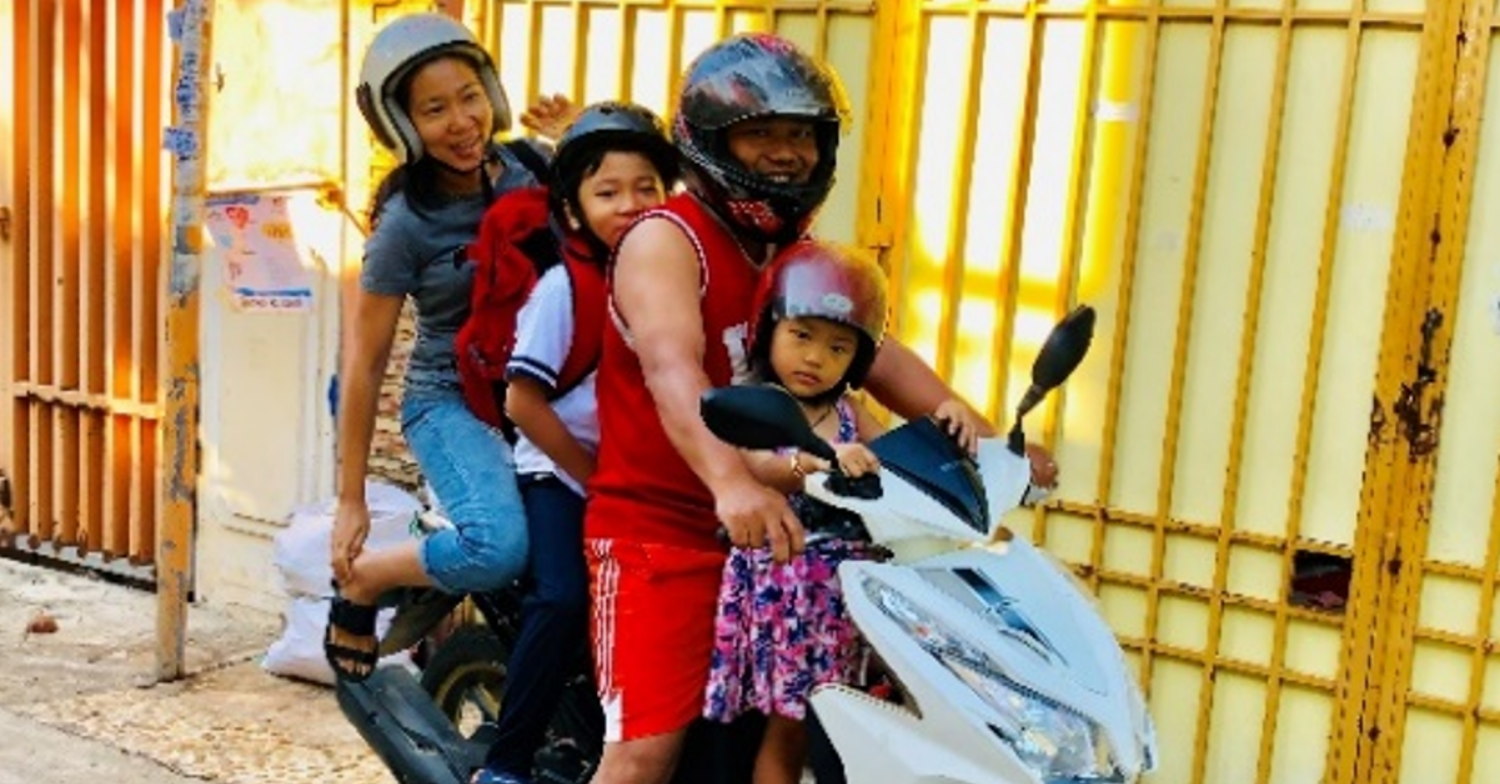 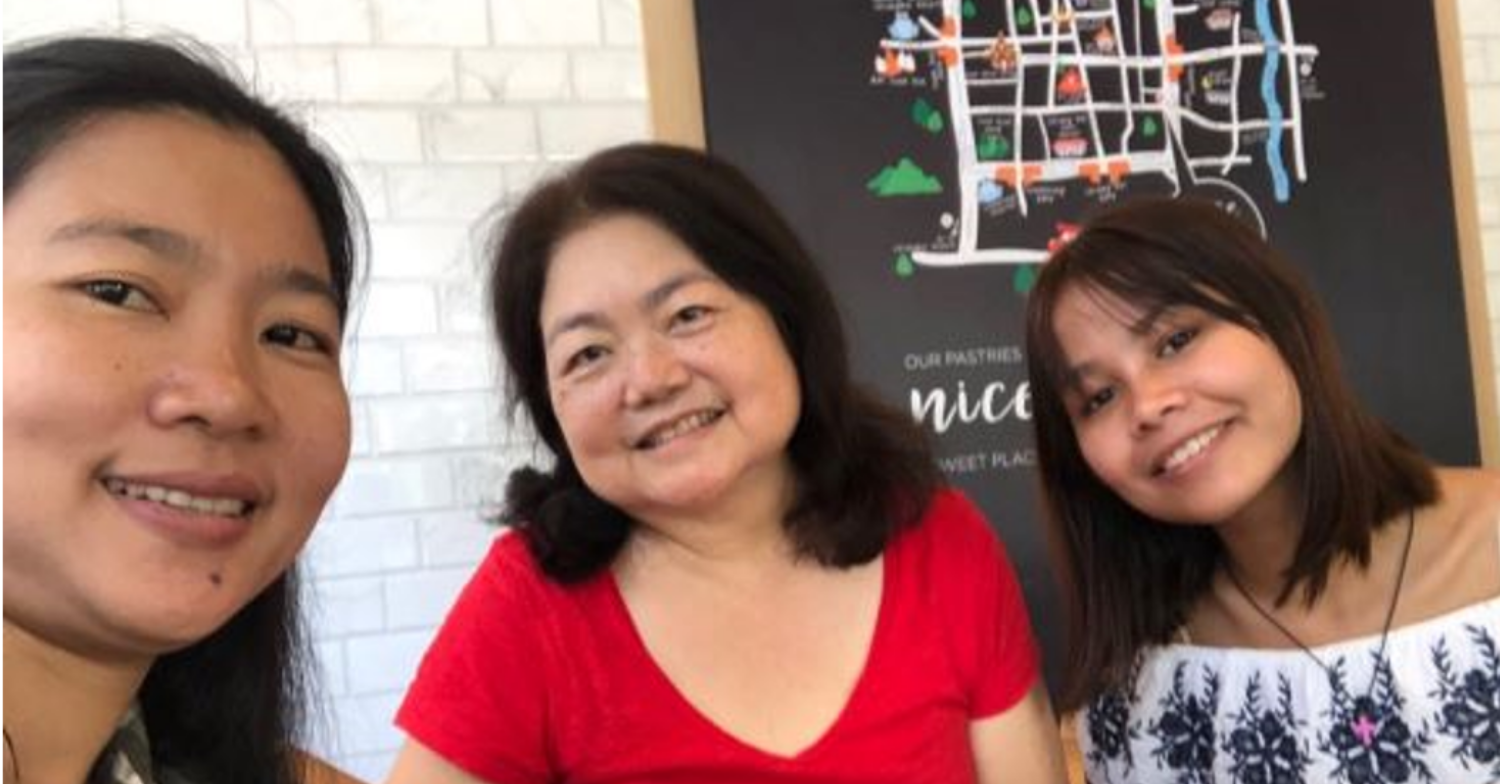 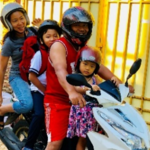 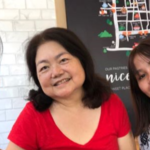 The following post was written by one of our Global Workers in Cambodia, Lynn Ogata who serves as an advisor to DOVE – one of our long-term mission partners.

Ms. Serey Choeng is DOVE’s Phnom Penh Onyx Leadership Manager. I’ve been privileged to witness how God has been developing Serey as a leader. One of my first memories of Serey was just after I moved to Cambodia in 2008. She drove me on her motorbike to buy rattan furniture for my apartment. She helped me bargain, because I didn’t speak Khmer then. As soon as we sealed the deal, the shop staff started using a blowtorch on the rattan. I wondered with alarm if my new purchase was going to go up in flames! However, when I saw Serey sitting calmly, I decided I could relax. This year, I heard more details of her life, when the Onyx students asked her to share her story.

Serey grew up in a poor community in Phnom Penh. Her mom smoked cigarettes and Serey grew up liking the smell, though she never got hooked herself. When she was young, she had to collect recyclable trash and sell snacks to help support her family. As a result, her schooling was inconsistent, and she was only able to finish 6th grade. When she was about 13, her mom sold their home and she went to stay with her aunt who lived nearby. It was not so easy, because her aunt was strict. At 16, she went to work in a garment factory, then as a part-time cleaner for a Christian counselor, which gave her the opportunity to take English and computer classes. Serey began attending her local church and volunteered in a new ministry called Alongsiders, mentoring an at-risk child in her own community. In 2006, she and another youth, Sokal, from her community were hired as Alongsiders staff.

Although in her mid-20’s, her experience was mostly limited to going between her home and work. So when I first knew her, she still found it a big challenge to travel to rural areas of Cambodia. She’d ride behind Sokal on a dirt bike, sharing about Alongsiders with village pastors and church leaders, often sleeping on church floors, sometimes with no bathrooms. With practice, she grew in confidence to talk with local pastors and speak in front of large groups. In 2010, she was selected for a 3-month internship program in Denmark and married Makara, another DOVE staff, the next year.

Amazingly, without additional schooling and while working full-time and pregnant with her first child, she took and passed the national 12th grade exam! Over the years at DOVE, her skills increased along with her responsibility. She organized annual camps involving 250 Alongsider youth and children. In 2013, she became responsible for the Alongsiders Cambodia ministry countrywide. Because of the significant impact in Cambodia, Alongsiders decided to expand to other countries. Serey began travelling to other Asian countries to share her experience.

In 2013, DOVE improved its leadership program through staff training in facilitating adult learning and designing lesson plans. The best lesson plan was created by Serey and another staff, inspired by the “5 Love Languages” book. Serey created a series of lessons for the Onyx program that are always cited by students as the most practical. Serey is also able to create short lessons for DOVE staff devotions that are meaningful for both staff and DOVE’s high school volunteers, who are not Christian yet.

Serey stopped working for 2 years after having a 2nd child, because it was difficult to find childcare. However, this year she came back in a different position, managing the Onyx Leadership program. Now she develops young leaders, similar to herself a decade ago. I’ve enjoyed working with her to facilitate the Inner Healing prayer lessons for Onyx women.

In October, I joined a 4-day silent contemplative retreat in Thailand. We were blessed that the organizers offered partial scholarships so that Serey and another DOVE staff were able to attend. The retreat goal was to practice “spotting” God. This was the first time that Serey had participated in a silent retreat, but she was interested to try a new experience. I was excited that she was able to encounter God in solitude in her room and that she experienced God’s overwhelming love for her. When we returned to Phnom Penh, she led one of the contemplative exercises from the retreat for DOVE staff.

In mid-October, I moved to an apartment on the 2nd floor of Serey and Makara’s home. The apartment was mostly unfurnished. Serey negotiated a good price for my kitchen counter and dish cabinet. I brought along the rattan furniture that Serey helped me buy 11 years ago. I’m excited to see how God continues to work in Serey’s life and lives of the Onyx young leaders.

Serey's life story is a testimony to the power of discipleship and education. Her story is one of resilience, overcoming so much and being so generous with her skills and knowledge. Serey has been a leader and mentor to so many through her work with Alongsiders and DOVE, and we are so thankful for Serey and her husband Makara's friendship with Tenth Global. Learn more about Tenth Global's partnerships in Cambodia.

Serey is also part of our Global Mentors discipleship program.

Jun 19
Living Before the Face of God