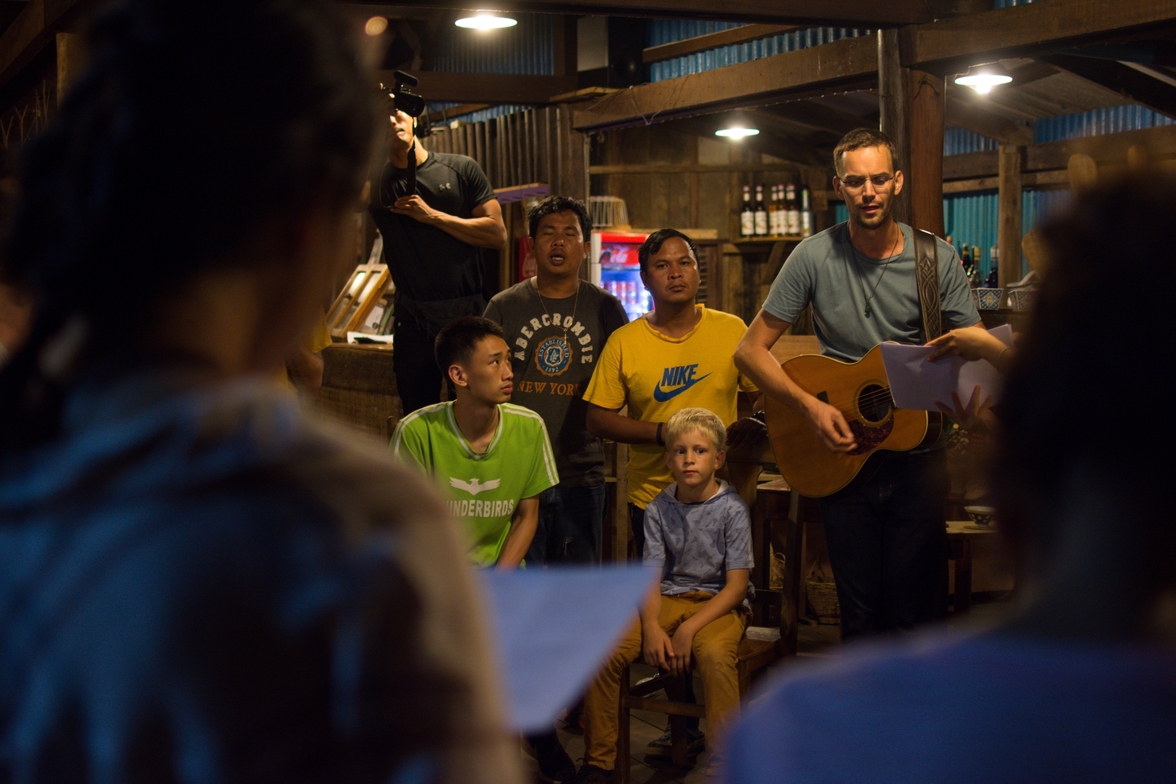 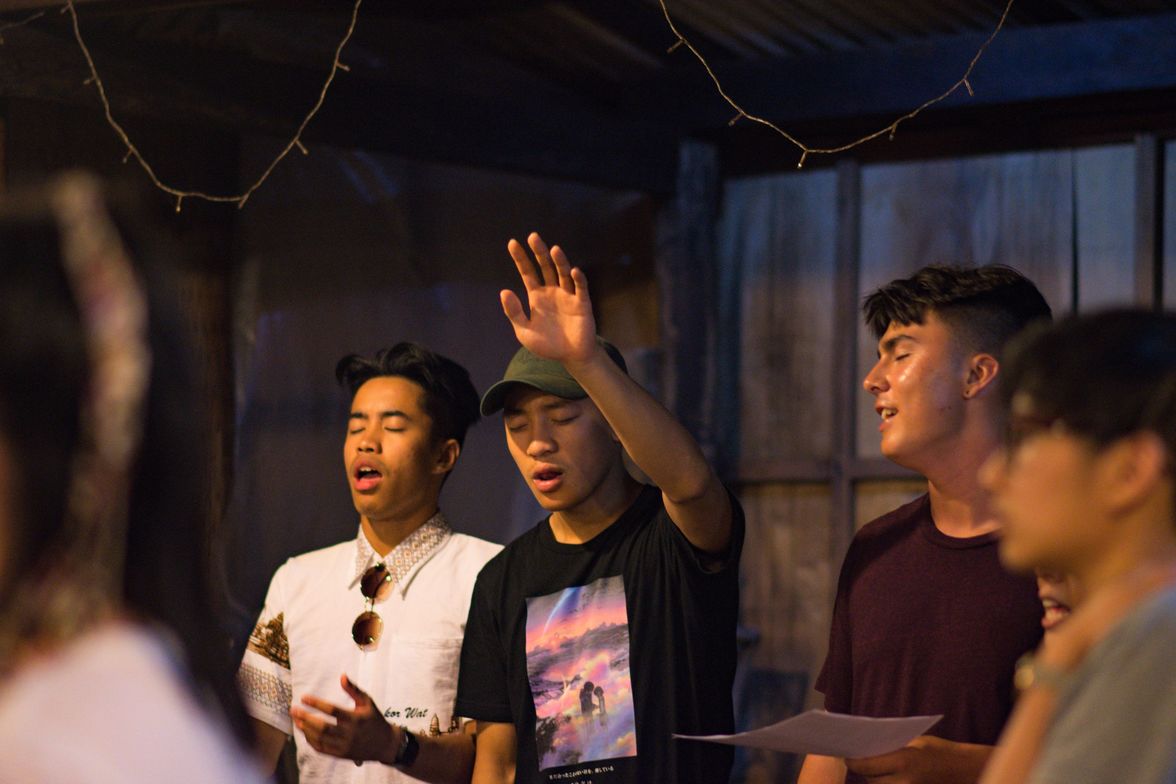 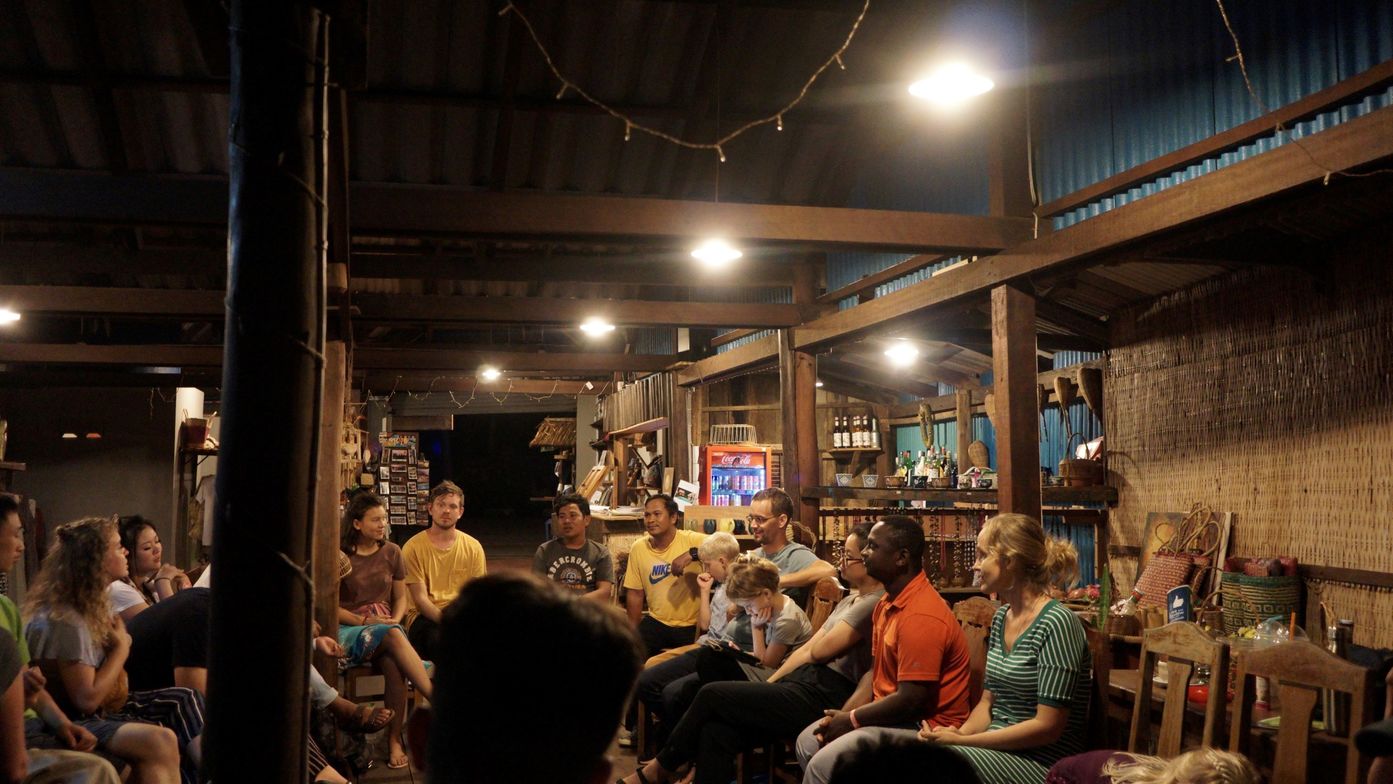 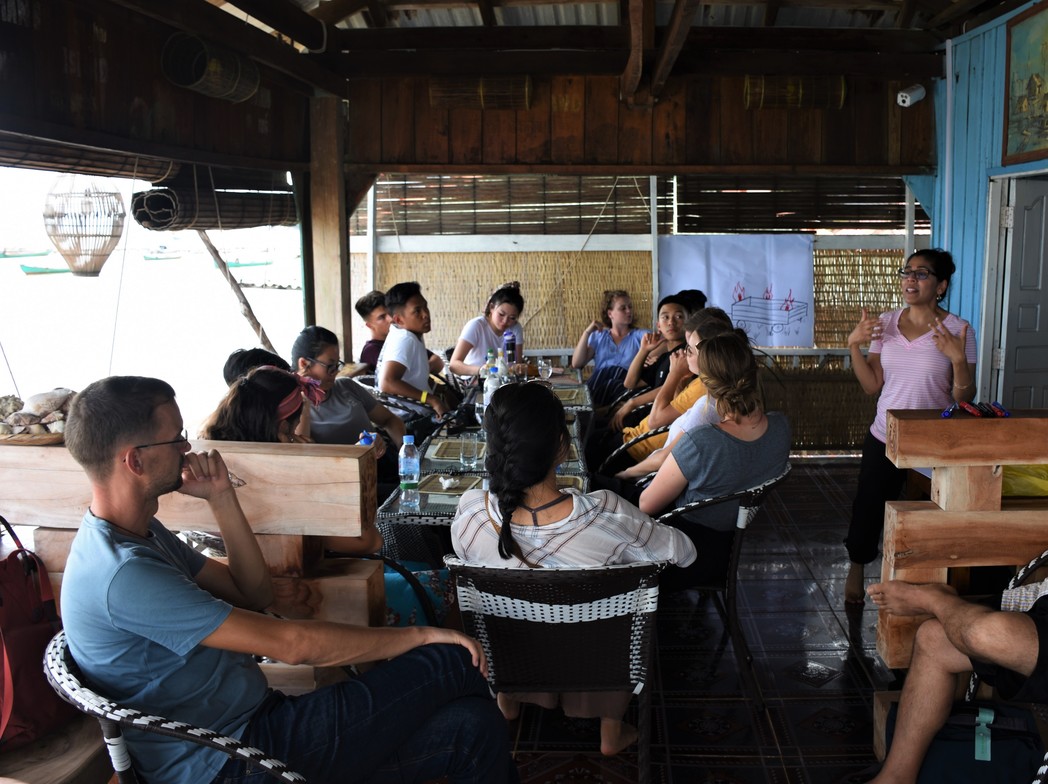 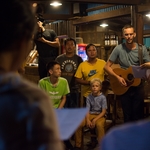 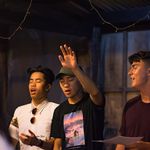 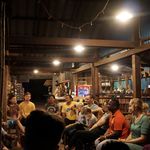 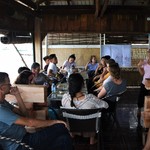 [Paraclete] ‘The One who comes in alongside.’

Today we said goodbye to Shalom Valley and hugged our new friends from Mango Tree School goodbye (only for a few days, however, as we plan to visit their school soon). We then travelled to the nearby coastal town of Kep to meet with Mart-Jan, the engineer of Shalom Valley, his wife Talitha, and their three children Joy, Mica, and Amy at the Arts Cafe.

With the ocean waves crashing against the beams that supported the modest, wooden building, and as we cozily gathered with the sun setting over the seaside town, our team could not have asked for a more sacred space to encounter the tangible presence of the One who comes alongside.

The Holy Spirit was undeniably present that evening in a myriad of ways, including the percussive sound of the waves hitting the shore, the delicious seafood meal we shared with our friends from the Alongsiders team, the time of worship we experienced together, and in the story of God’s faithfulness to our friends Mart-Jan and Talitha.

Mart-Jan and Talitha arrived in Cambodia five years ago with their three children (their youngest daughter was only three-months-old when they landed at Phnom Penh International Airport) to serve with a ministry that imploded only five months after their arrival. This left the young family with the tough question of: ‘why did God bring us here?’

Through a series of kairos moments (divinely appointed times), Mart-Jan and Talitha were able to connect with Craig Greenfield, the founder of Alongsiders and to hear about his dream to one day build a Christian camp in Cambodia. Mart-Jan and Talitha had extensive experience in camp ministry in the Netherlands and Mart-Jan remembers feeling a spark inside of him ignite as Craig shared the vision and urgent need for an on-site engineer, which Mart-Jan just happened to be…

Shalom Valley Camp is now operational after several years of devoted, painstaking, and meticulous work by an army of people led by Mart-Jan and Talitha. The land on which the camp sits has been soaked in prayer and set apart for the holy task of inspiring John 10:10 Life (life to the full) in all of the campers that grace its grounds in the years to come.

Mart-Jan and Talitha have cultivated this sacred space by prioritizing the ecological soundness, cultural appropriateness of the architecture, and sustainability of the facilities. The desire that Shalom Valley always remains a space that facilitates an encounter with God’s Kingdom purposes is something that has guided the tender and intentional way that Mart-Jan and Talitha have nurtured this place into being.

The story of Mart-Jan’s family being drawn to, and lovingly tending, this piece of land now called Shalom Valley is a vibrant chapter in the great story of redemption that God has been writing since the beginning of time. So often we are prone to forget the larger story that every one of us is a part of, the story of God’s Kingdom that is breaking-in even in the most unexpected ways. Mart-Jan and Talitha did not come to Cambodia expecting to help establish the first Christian camp in the country, but as a result of their openness to the One who comes alongside, they were led to the Alongsiders ministry.

Now that the first phase of Shalom Valley is complete, Mart-Jan and his family have sensed the Holy Spirit drawing them back to the Netherlands. So in Spring 2020, they will move back and pilot the Alongsiders movement in the Netherlands, the first in a Western country. We are excited to see where this journey takes them!

Mart-Jan and Talitha’s story reminds us that simple obedience to the One who comes alongside will lead us more deeply into the story of God’s redeeming work in the world. It is easy to characterize people like Mart-Jan and Talitha as ‘super-spiritual’ or highly heroic, or possessing rock-star like qualities that make them different to you or me. We admire these brave souls and put them on pedestals, thinking we are not worthy of breathing the same air as they do, much less participating in God’s Kingdom purposes for the world.

But this is a faulty characterization of Mart-Jan and Talitha at best, bad theology at worst.

Our friends Mart-Jan and Talitha stand as an incarnated example of what it means to be moved by the One who comes alongside and to be led into participating in a kind of work that is beyond what they could have asked for or imagined, because of His mighty power that is at work within them.

Obedience is the quality that enables the One who comes in alongside to move into their lives (and our lives) more deeply.

Obedience is the quality that fuels their passion for vulnerable children in Cambodia, and now the Netherlands.

Obedience is the quality that we need more of.

Lord Jesus, help us to be more obedient; we long for more of your Holy Spirit.

Read more about Tenth and Tenth and Shalom Valley