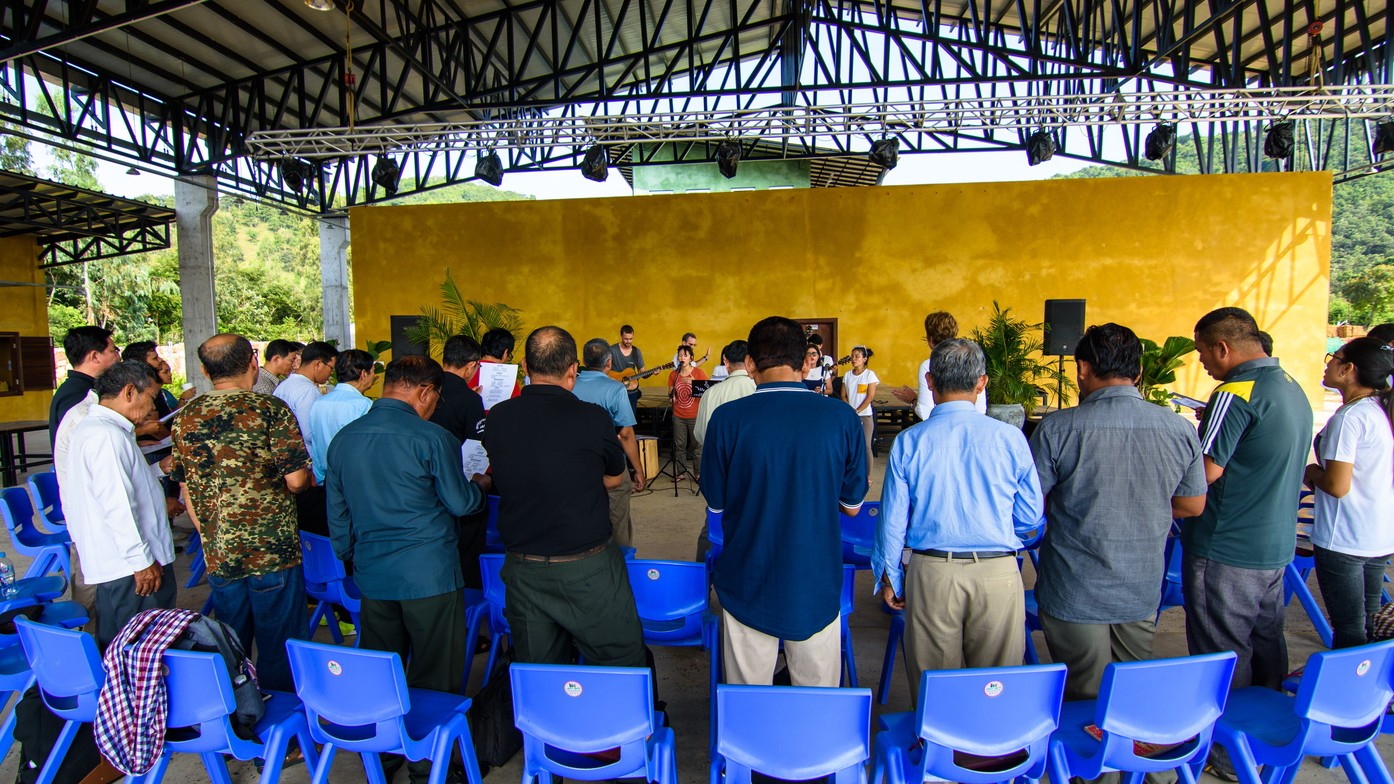 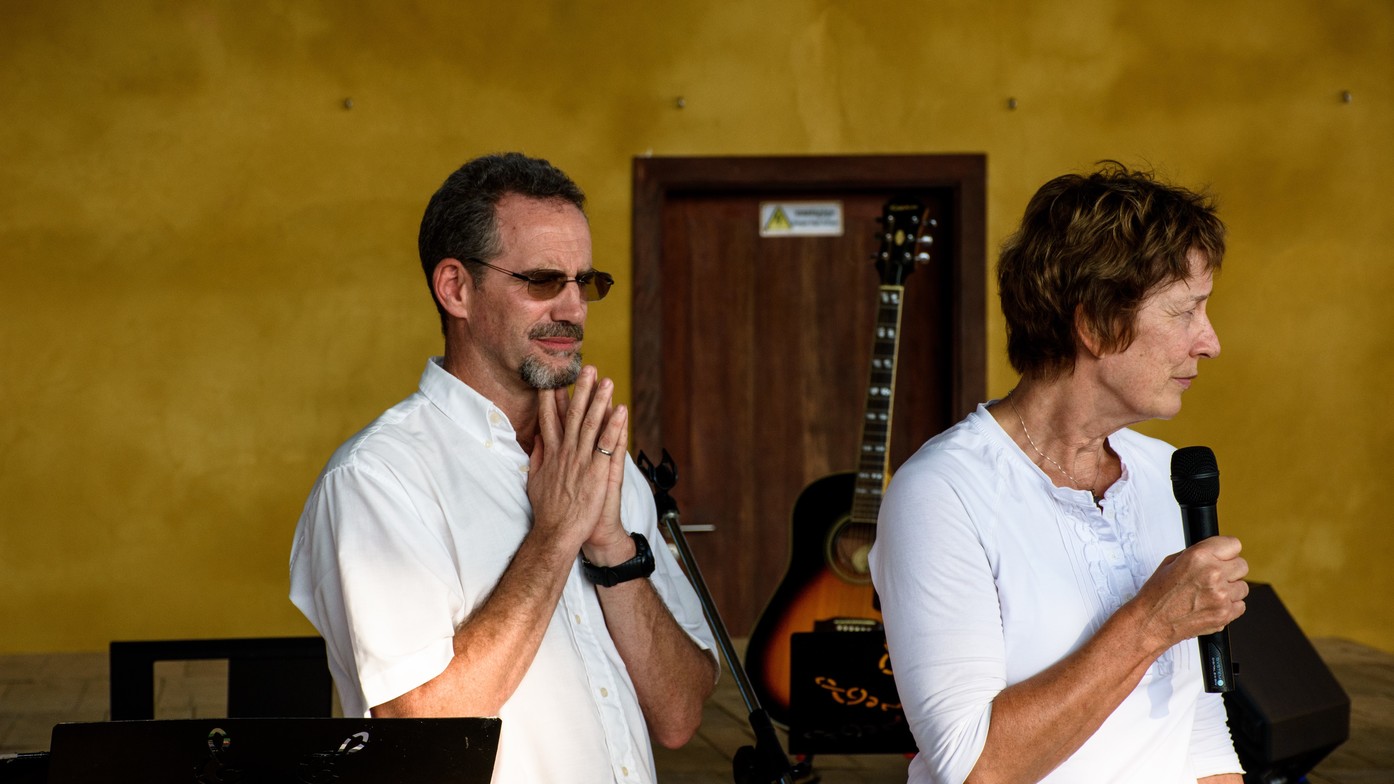 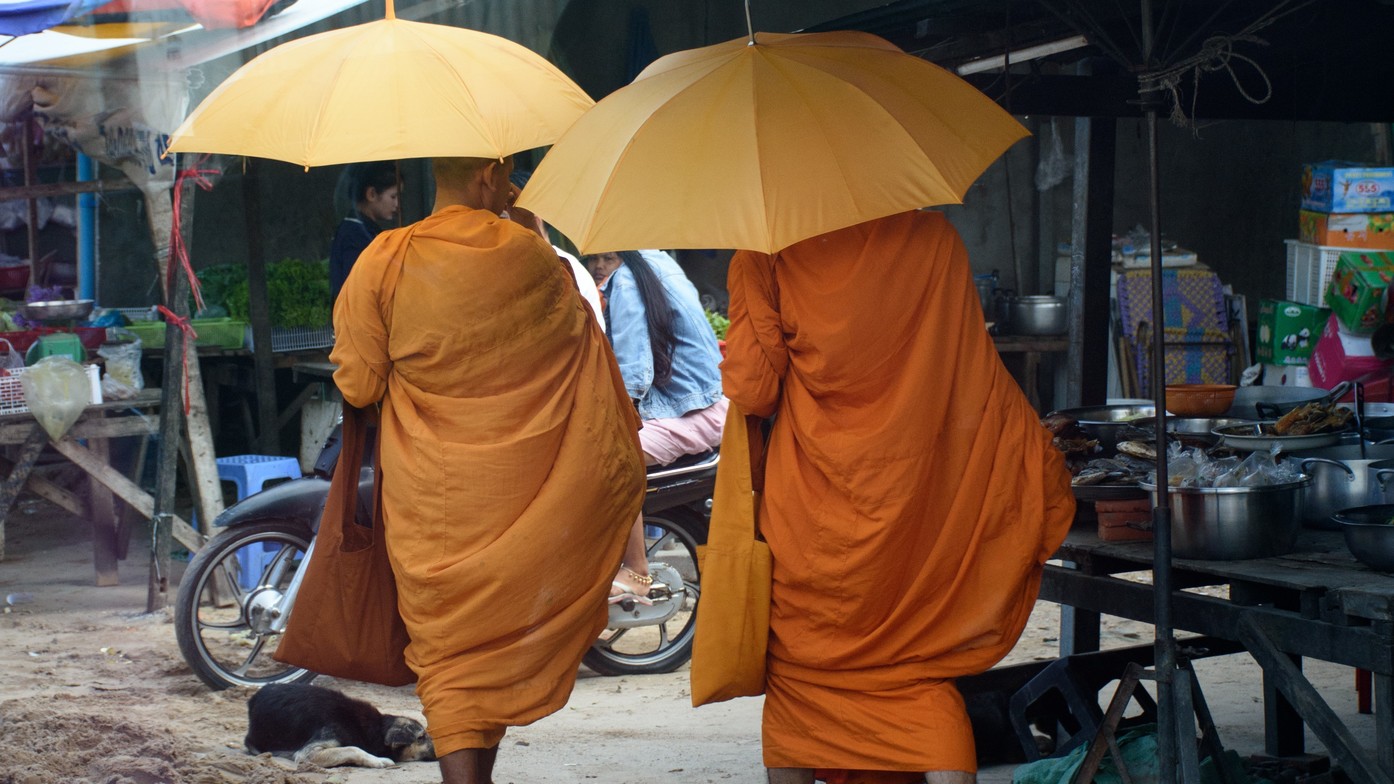 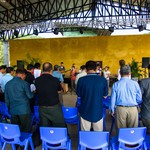 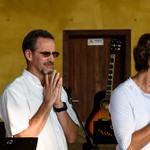 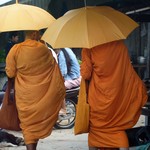 Our final retreat with the Cambodian Pastors turned out to be the most difficult, but quite likely the most significant.

Cambodia has 15 million people and is 1% Christian, so 150,000 followers of Jesus. The strong majority of them were represented by the pastors that gathered. It is widely agreed that the suffering of Cambodia is so widespread (especially since 2014 when the opposition party was outlawed) that outside of the Christian faith there is little sense of hope among Cambodians ... they are just trying to survive amidst corruption and poverty.

In our first session with the pastors, it was clear that there were elements of posturing suspicion. One pastor even felt the need to challenge us as we led the group, though he later apologized. Many of the older pastors have been through tremendous suffering and persecution so it is easy to forgive their weaknesses, but our team and interpreter felt on eggshells as we began.

Led by the Spirit, we invited them to consider passages in which Jesus calls all of us to humility, forgiveness, faith like a small child, gentleness, and stepping into the unknown of a God whose ways are higher than our own. Remaining in His love and loving others accordingly was another theme that emerged. In each session, the pastors softened, shared more, became vulnerable, and used language signalling that a greater unity was growing.

The younger pastors shared with us that they had never been welcome to participate with older pastors in this way before. Our Cambodian guides said they had never seen senior leaders sharing so openly or confessing struggles to each other. One pastor, a recent convert from Buddhism (and apparently a national voice as a Buddhist leader), said he had never before heard Scripture presented in a way that challenged his cultural assumptions.

Though completely new, many of the pastors openly expressed appreciation for this dialogue and a contemplative approach to exploring Truth together. The convenor of the gathering said this was a significant breakthrough towards a culture shift that is long overdue in Cambodia. In the first centuries after Jesus, a major shift in cultural values took place in the Roman Empire: while honour was previously found in boasting about wealth, power, and position, after the preaching of the cross of Christ by His followers, honour was found in generosity, gentleness, forgiveness, and humility.  Such values are of course very natural in Canada but still awaited in Cambodia ... and we were assured by the participants that, in the quiet times of prayer we facilitated, they were hearing Jesus invite them to this new way of being.

There are no words to describe how humbling and encouraging it was for our team to see that we had been a part of this move of God, which we are praying is now rippling out through the Cambodian churches.

In addition, we heard first-hand stories of pastors praying for rain in the dry season, and the rains coming; prayers for healing of the sick and resuscitation of the dead being answered; and miraculous provisions of favour allowing them to continue ministering in their communities. We really felt like we were in the Book of Acts!

The climax came in the final wrap up and communion session of our time together. As we all sat in a large circle, the oldest and most senior pastor began sharing what we thought was a sermon. He spoke very slowly and soberly. Most of us were moved to tears even before the translator came up behind us to tell us: he is saying that he is old and that this will be his last time with the group because he is handing on his responsibilities. He apologized for any mistakes he made and asked for forgiveness for anyone whom he has hurt. He repeated this three times for emphasis. The looks on the other pastors' faces told us that this was unprecedented and the confirmation of a breakthrough in trust and vulnerability among these leaders.

The Cambodians were indeed open to learning, and we were inspired by their faith and courage.

Petra and I would like to thank you for your support in making this mission trip possible. It appears to have been very effective. Our prayers for our team to remain unified and to have each person's gifts be released have been answered ... as were our prayers for our spiritual exercises to somehow transcend cultural and language barriers. God was waiting for us, and provided the ways for us to do what He wanted to do.

Petra and I are still processing what these powerful events mean for us in the future. No specifics are clear, but going forward it does seem that we are being invited to a more global justice focus.

Mark and Petra are professional coaches and spiritual directors. They draw from rich lives in pastoral, marketplace, and real-life experiences. They have been a big blessing to Tenth Church over the years, and Mark has the distinction of being my spiritual director.  - Patrick Elaschuk - Pastor of Global Missions

If ... my people, my God-defined people, respond by humbling themselves, praying, seeking my presence, and turning their backs on their wicked lives, I’ll be there ready for you: I’ll listen from heaven, forgive their sins, and restore their land to health.  2 Chronicles 7:14 (MSG)

Photo credits to Ethan Cairns, who was part of the Cambodia team

May 22
Sex, Wrath and Desire