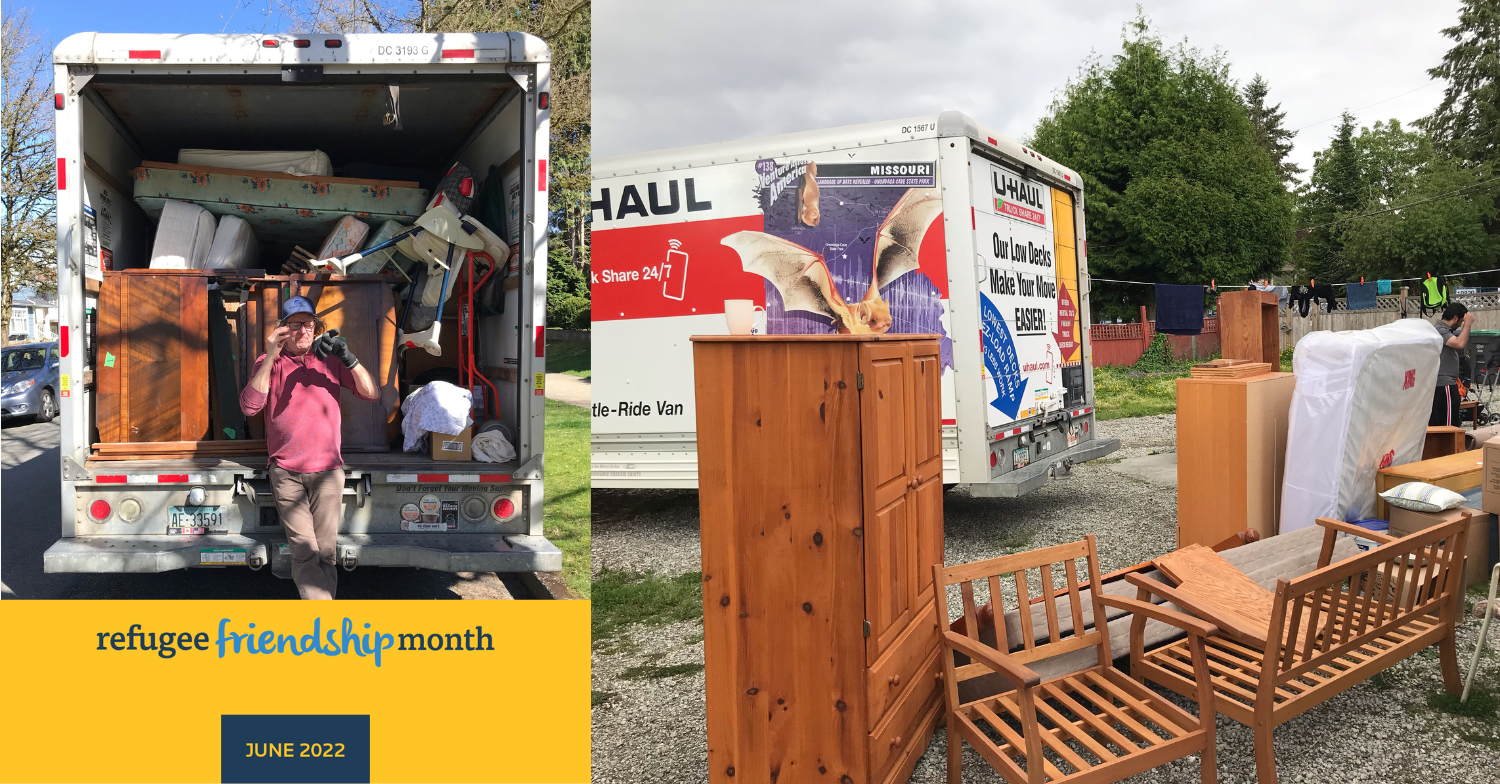 Collecting, storing, and distributing donations of furniture and household items is part of the overall ministry to refugees and the disadvantaged people that people at Tenth are involved with.  Over the last year my wife and I have had the opportunity to be a “conduit” of God’s love to dozens of refugees.

One story involved a friend of Mim Wicket, Tenth’s Refugee Support Coordinator, who had furniture items that had been in her parent’s house in Vancouver.  The house was sold, her parents were moving to a care home, and they had a bedroom suite and large couch to be picked up within the week.  I booked a truck and prayed for volunteers from my life group to help.  The next day Kathy and James volunteered their Friday morning to assist in the move.  We struggled with the gently used French Provincial furniture and the bulky couch.   The same day I received a call from the MCC Thrift store who had got my number from Mim’s friend.  They were closing the shop and had dresser drawers that they wanted to donate to us. What a thought… a thrift store giving to a church to give to a refugee.    That day we stored some of the furniture at the garage and continued with furniture to donate to three Afghan sisters living in a house in Queensborough.

The same night a couple who had heard about Tenth through a contact at the Unitarian church met us at the final destination with some more furniture.   We unloaded everything and ended up with a nicely furnished suite for three happy Afghan women.  They served us tea and shared some stories of their lives.   All of us felt so humbled by their struggles.  The French Provincial furniture ended up going to an Afghan couple with a small child who had made the transition from a government sponsored hotel room to a basement suite in Surrey.  My wife and I arrived late in the evening to deliver a bed and furniture to the couple who were busy trying to clean the run-down suite.  After we unloaded the dressers, couch and bed, the couple said “we feel like we are in a palace!”  So humbling to realize how much “stuff” we have and how little others have.  It has been one of many miraculous days where God has parted traffic, provided donations, recruited volunteers, taught us about Muslims and Afghanistan and allowed us to be part of Tenth’s generous and serving community.

Ron Klassen and his wife Jackie have been faithfully managing this important ministry of generosity their hearts and their hands.  If you would like to be part of the donation ministry team, please let us know at refugeesupport@tenth.ca

Jun 19
Living Before the Face of God