The Fruits of Your Prayers 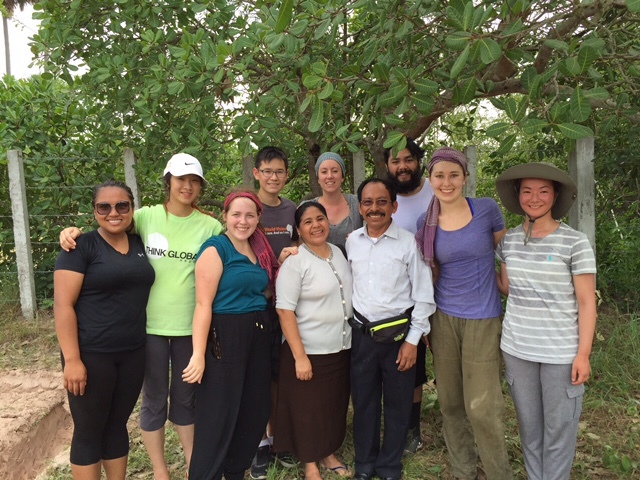 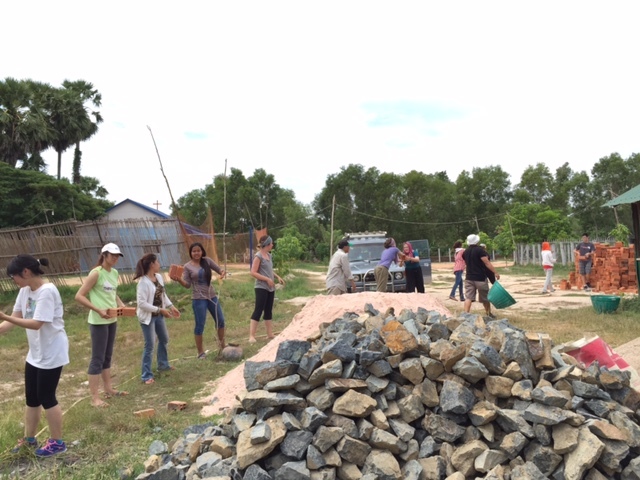 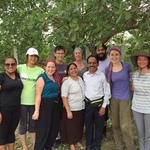 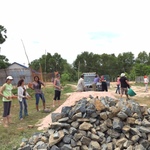 “And your ancient ruins shall be rebuilt; you shall raise up the foundations of many generations; you shall be called the repairer of the breach, the restorer of streets to dwell in.”   - Isaiah 58:12, ESV

After our 7:00am breakfast this morning, we drove to Evangelical Friends Church (a hybrid of Spanish and Khmer) to build two standalone rooms as part of the extension of the church. These rooms are probably going to be used as Sunday School classrooms. Our driver, Oan, transported the Tenth team along with Pastor Seila and Mineat to the construction site in the overgrown grass field of the church. Already there were two construction workers and an Onyx student. Right away we knew that this was going to be an interesting assignment! There were only a few garden hoes and shovels, so we had to take turns. Our job was to prepare the land and build the foundation of the building. The manual labour was very humbling and it was a cultural experience to be shoveling alongside Pastor Seila and the Onyx students. Although the work was hard, it felt so good to be stewards of the land. While we were working, the Guatemalan pastor and his wife came to the site to express their gratitude for our work and service because they had never had a missionary team serve them before. Through the Khmer and Spanish language barrier, we prayed for them and their church.

After lunch and showers, Pastor Seila shared his story of how he came to Christ. It truly was a powerful testimony – forced to be separated from his parents when he was only 15, suffering especially hard through the Khmer Rouge regime because he was born with lighter skin than other Cambodians, losing one of his younger brothers to measles and dehydration on the forced 93 km, 29-day walk from one province to another. It was during his time as a refugee that he came to know God through the underground efforts of Christians from World Vision. God was so evident in Pastor Seila’s life in all of the trials, pain, and suffering. From refugee status to working at World Vision to YWAM, now he has been nurtured to leadership by God as a denominational lead Pastor, pouring into the character and leadership development of the young people of Cambodia. Pastor Seila also shared about health problems that he is currently undergoing, health problems which could potentially be life-threatening. Please pray for him.

After Pastor Seila’s testimony, we all piled into the van once more to get to the English camps. The teaching experience was a little bit stressful right away because the plans changed right when we arrived at the school. Instead of two schools, we were asked to teach at three schools; each of us had to teach a separate class instead of the original plan of teaching in groups; and consequently, those of us who were not the teachers on point had to improvise and come up with lessons on the spot. This curve ball stretched us out of our comfort zones, but it presented an opportunity to trust the Holy Spirit to guide us and lead the way. At the school I was at, I was welcomed with all of the other local Cambodian English teachers and we sang worship songs and prayed together before the lessons began. In the classroom, one of the biggest differences we noticed with these students in Kampong Chhnang was that they were very disciplined! As I walked into the classroom, all of the students rose from their seats to simultaneously greet me with a bow and a well-practiced “Hello Teacher, good afternoon!” Although the students in Kampong Chhnang were poorer and their English skills were less developed than those students in Phnom Penh, they exuded an eagerness to learn that was very encouraging to us teachers, especially when we felt like we were just thrown into the classrooms with little preparation.

Jess led the devotion with the Pastors and all of the Onyx students in the evening. Her story seemed to strike a chord with the Onyx students as they listened intently to her message. I noticed our driver standing outside peering in while we were singing worship music, so I beckoned him in to join us. Once he stepped in, the Onyx students closest to him shared their bible with him and explained it as we read through the text. At dinner after devotion, I sat with him and asked him how he enjoyed the devotion, and he revealed that he has been to a few Christian gatherings before but does not believe yet. I thank God that our driver Oan was able to join us at devotion and for him to experience community and kindness with his fellow Cambodians.

Today was a very eventful day, and I really felt the Holy Spirit moving in all of today’s interactions. Moreover, I truly felt stirrings of hearts in all of the Christian and non-Christian Cambodians that we encountered. Thank you, Tenth community, for your continued prayers and support for the work that God is doing in Cambodia. Today, the fruits of your prayers were revealed abundantly in the future leaders of Cambodia.