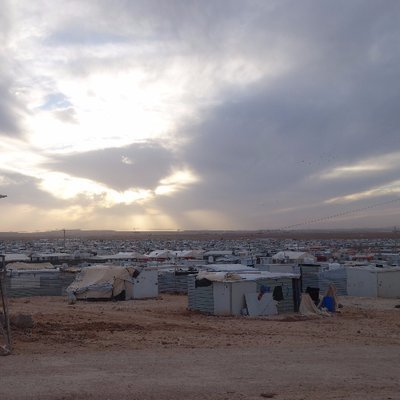 Hannah Wong was a 2017 Tenth Global Summer Intern, who continues to serve with Tenth Global and is on the Refugee Leadership Team.

My time in the Middle East was not specifically dedicated to learning about refugees. However, they were a crucial component of my experience. If you read my previous post, you would have discovered that I recently spent a semester based in Jordan. And coincidentally, the documentary After Spring follows life in the Jordanian refugee camp, Zaatari.

I have not been inside it, but I have certainly seen its sprawling expanse from the roadside. I have also been in Mafraq, where over 50% of the population are Syrian refugees, to listen to peoples’ stories. It’s a strange feeling to know that at one point, just 10km away from me, is the same community projected on a large screen before my eyes.

Consequently, when I hear the term ‘refugee camp’, I think of pain, trauma, and hardship faced in attempts to find safety. Or how the reality for many in these camps is that this is their home for the next several decades—that’s an average of twenty years. In fact, disillusionment was already brewing prior to the film screening. Much of what I have learned in school or follow in the news regarding the refugee crisis is rarely encouraging. And the same could be said about the first fifteen minutes of the documentary. But as the film continued, it also revealed how Zaatari is a community of hope.

Hope is a funny thing. It comes in different shapes and sizes, varying from person to person. As Christians, we find hope in God. In Zaatari, hope is found in pizza or taekwondo (I wasn’t sure what to expect, but I can tell you it wasn’t either of the two). A refugee had one day started a pizza shop by himself, which eventually grew to provide employment and thus, a sense of purpose for six others.

Meanwhile, an individual uprooted his life from South Korea to move to Jordan, providing martial arts training for boys and girls of the camp. This sacrifice teaches the lost generation discipline, all the while channelling their emotions into a positive force.

As mundane as these things may seem, it speaks volumes. Making a positive difference doesn’t require grand, elaborate plans. Sometimes all it takes is offering our basic skills or materials to others—speaking English, your ability to drive, unused art supplies. Or even saying ‘yes’ to opportunities. Where God may take it is limitless. Refugee camps are not typically associated with hope, resilience, or perseverance, but I was challenged in my way of thinking that night.

Email refugeeresponse@tenth.ca if you would like to get involved!