Some Good News from Indonesia

a report from Jason Byassee 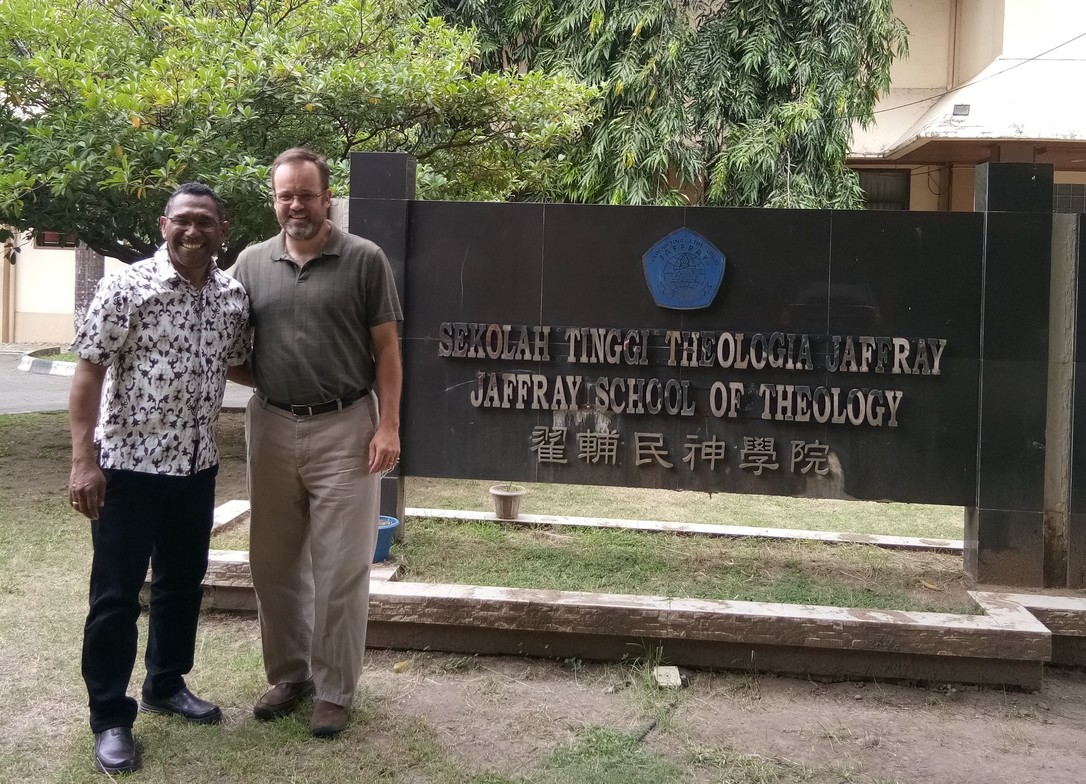 Traveling to Indonesia earlier this year to teach on the Trinity and represent Tenth Church, I felt two hugely contrasting things: one, I had never been to a place so rich and diverse in culture and religion; and two, it felt like I had been there before. The latter first.

I traveled to Makassar on South Sulawesi to teach mostly Christian seminarians and pastors from my book Trinity: The God We Don’t Know. I knew Indonesia was predominantly Muslim, but the church does represent some 10-15% of the populace, and from a population of 250 million people, that’s a lot of Christians! Still it was thrilling to teach on the Father, the Son, and the Holy Spirit with Muslim prayer calls coming from minarets five times a day. I loved teaching on John of Damascus, for example, who also did Christian theology under those same calls. One student objected when I insisted Christians must make disciples: “We can get persecuted for that, even killed.” I softened my claim: we must bear witness to Jesus Christ. The martyrs do that supremely.

For all the unfamiliarity, the place felt . . . familiar. The organization that hosted me met at Jaffrey Theological College, named for a missionary from the CMA, Tenth’s parent denomination, who came from Canada of all places. When I mentioned coming from Canada or the CMA, folks immediately perked up and lauded Jaffrey’s memory. Even as I lectured through a translator I could tell when a point landed, or a joke hit paydirt, or folks amen’d. There is a language of the Holy Spirit deeper and more profound than the languages we speak with more ordinary sorts of cognition.

One of my hosts, the fantastic theologian Joas Adiprasetya of Jakarta Theological Seminary (STT), insisted I try durian fruit. He promised I would never smell anything so horrifying. He was right. He also promised it tasted like heaven. I’m not so sure on that one. Another friend told of a sign at a hotel in Thailand: no gun, no crazy party, no durian. The latter, she said, was more detrimental to her health and well-being in fact.

Yet Adiprasetya also told me things that seem familiar. He pastored a large church into megachurch status, from 1000 to 4000, largely by preaching the gospel in a way that had evangelical fire and intellectual subtlety. Adiprasetya leads the sort of twin vocational life that pastor Ken and I and others aspire to—teaching and preaching—for the edification of the church and the blessing of the world. It has long been suggested that the growing church in the global south will be a model for the church in the declining west. Adiprasetya shows why and how.

I am grateful to Tenth Church, to Patrick Elaschuk, and to Ken Shigematsu for their support of this trip. And I am thankful to God for showing me anew that the world is big, complex, surprising, and that the unity of the church catholic overcomes any divisions among us creatures.

Except, perhaps, that between those who like durian and those who don’t.

PS Please remember Indonesia, as several disasters including another devestating tsunami, have wrougth the islands with bad news.  May the church in Indonesia rise up to be light and and hope in these difficult times.

Breaking Cycles of Human Trafficking in Cambodia A Grand Day Out Is the church important for refugees?