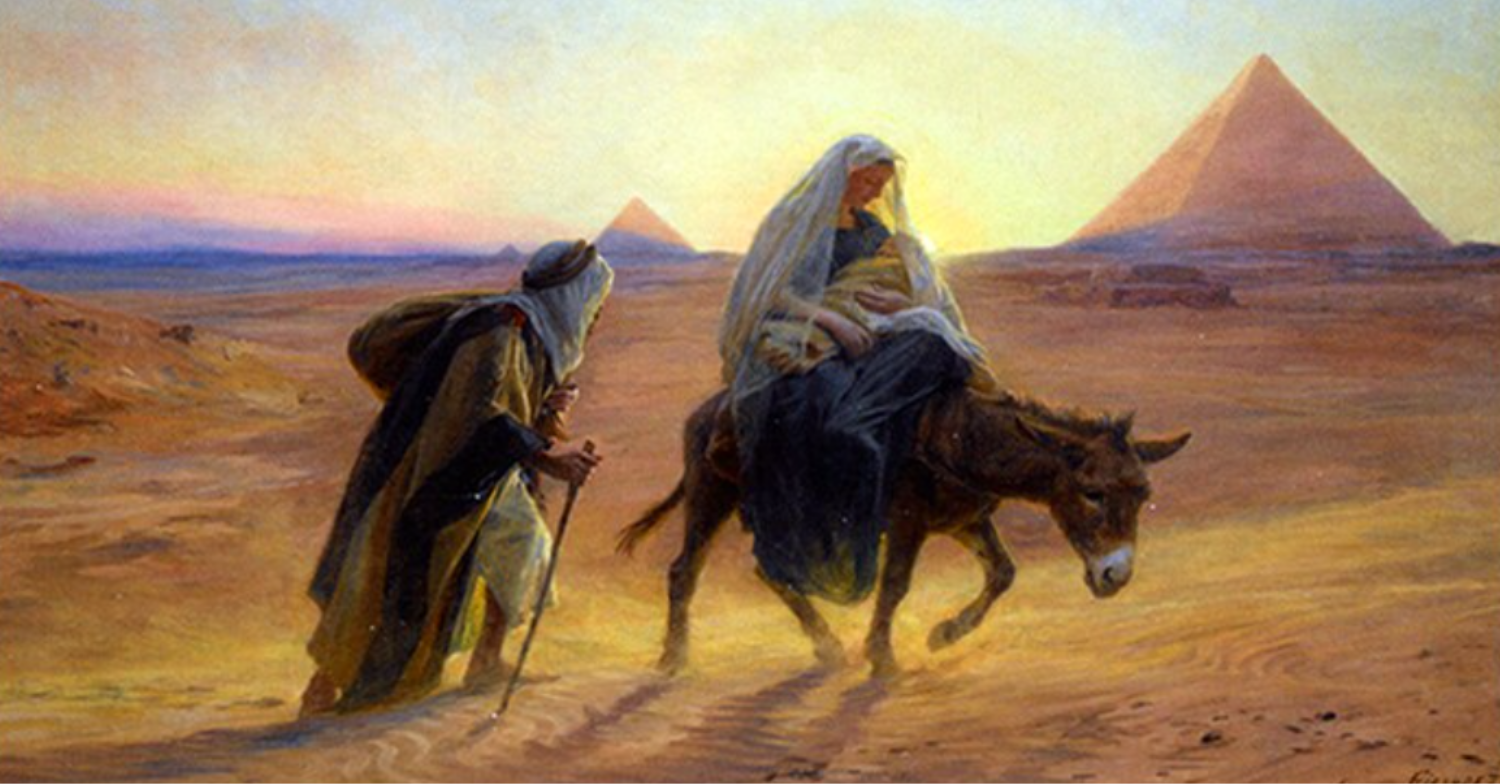 Mary and Joseph would have all kinds of concerns for the physical health and well-being of their baby boy.

Mary and Joseph would also experience the birth of Jesus that first Christmas in a politically unstable world.

King Herod who was neither Jewish nor Roman, but an Edomite, an ethnic outsider who was terribly insecure and mentally unstable. He saw his sons as potential political rivals, and he had two of his favourite sons strangled. Later he became suspicious of the political loyalty of his favourite wife and had her killed.

After Jesus was born the Magi, popularly known as the Wisemen, told King Herod that a star had risen in the East, signifying a new King had been born. Although this baby posed no threat to King Herod, this tyrant unleashed an act of terror as he ordered all boys in and around Bethlehem two years old and under to be murdered.

So when Jesus was an infant he and his mother Mary and Joseph had to flee to Egypt (a journey on foot which may have taken six months) and they would live in there in Africa as refugees.

Jesus was born into a first-century world that was far from ideal, a world like ours right now where parents have legitimate concerns about the health of their children and loved ones; a world like ours where most people are experiencing economic and financial uncertainty. A world with some resemblance to our own, where they have a ruler who will do anything to hold onto power—in their particular world a ruler in King Herod who would slaughter a village full of baby boys in order to try and stave off a potential rival.