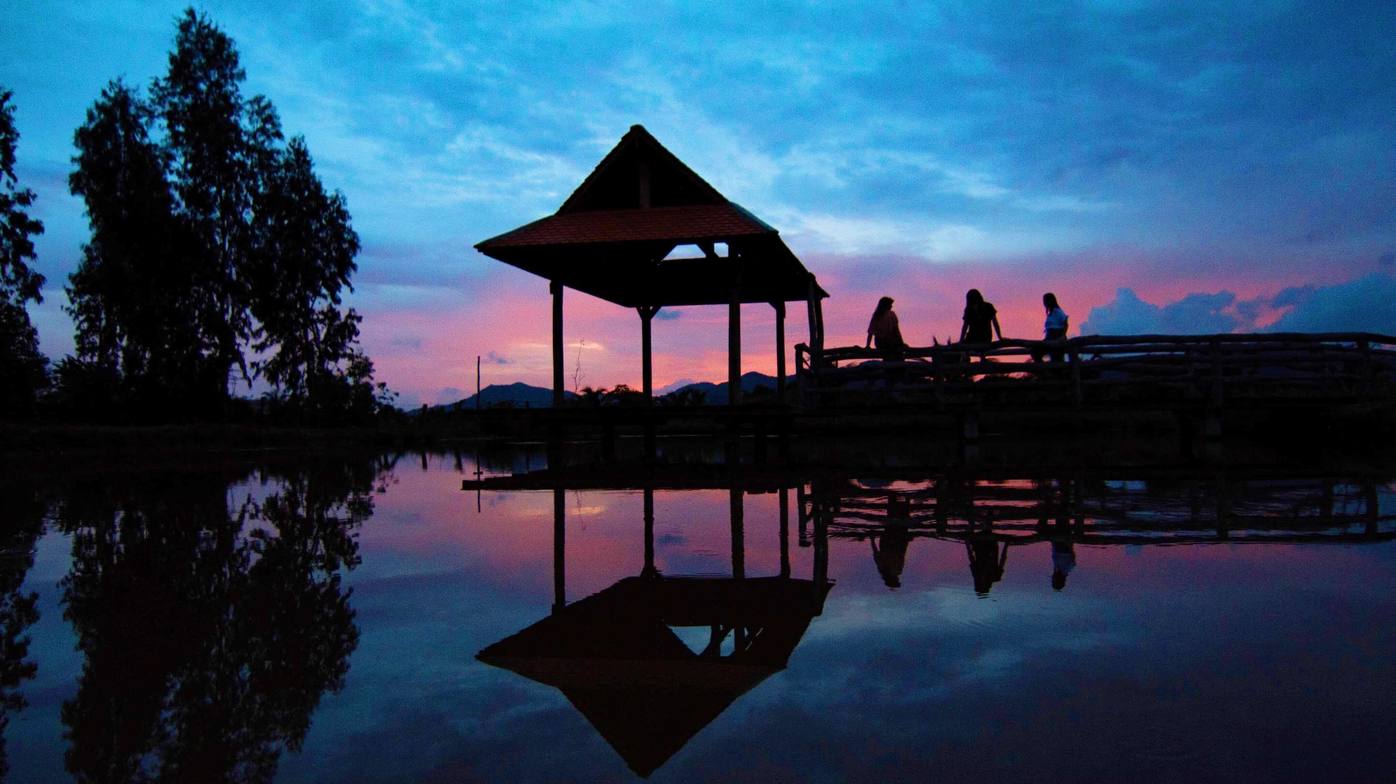 There is a place in souls where brokenness hides

Meanwhile, there is a place in the valley where creation sings

where leaves and sparrows dance amongst the west wind

where forested mountains stand tall to protect those who come through

where the rising and setting sun wears different colors against blue

and the water's temperment is reflected in its waves.

There is a place in the valley where holy ground stands

where the Spirit moves amongst the people

where hearts cry out in earnest demands

where joy and sorrow are held in each hand

and life is brought anew once again.

There is a place in souls where healing occurs

where courage is not ruled by fear

and peace brings calm over sadness.

This is a place where

Pain hidden is brought to light.

Life springs forth from scars.

Hiding is an option, but freedom is chosen instead.

During the Cambodian genocide (1975-1979), 2.6 million tons of bombs fell on the country, and a forested valley was a place of refuge. Despite the horrific events that occured, 30 years later this land still remains a place of refuge. The Shalom Valley campgrounds are prayerfully established as a place of restoration for those who come through. And for us, we all came in as broken people, and we left still broken. However, it is our encounter with the living God which starts a change, a much needed healing, that begins to take place inspite.