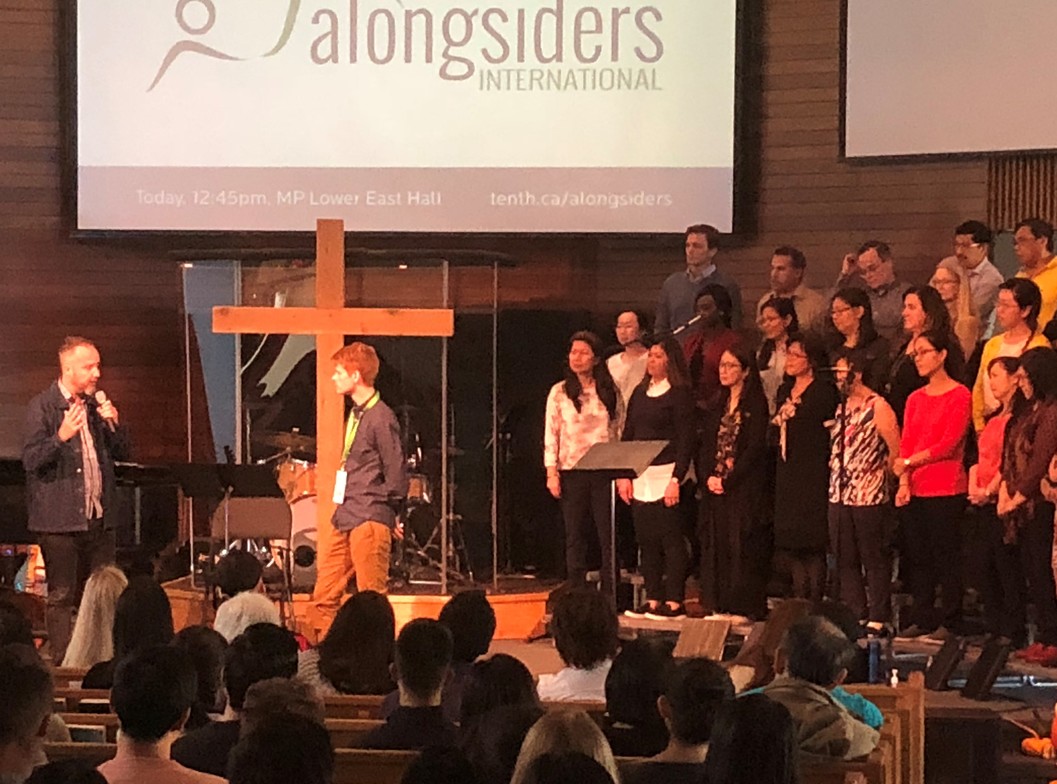 In October, Craig Greenfield was present in Vancouver to share about Alongsiders’ most recent developments. For those new to Alongsiders, it is an international Christian movement of changemakers. The basic premise is that a teenager or young adult selects one younger "brother" or "sister" to walk alongside and mentor, hence the name. What started as Big Brothers and Sisters of Cambodia has transformed into something much bigger.

What I admire about Alongsiders’ methodology of pairing "siblings" is this: the freedom for God to speak. Craig explained how Alongsiders is not the one to find the right match. Rather, it is on the individual to pray for discernment and God’s guidance in selecting their younger brother or sister. They trust that God is present through this process. And from there, change will occur.

The movement’s willingness and desire for God to lead has brought them to a place of rapid expansion. Craig relayed some of the many exciting ventures Alongsiders has been developing. For starters, I mentioned that this is an international movement. The 2003 birth of Alongsiders in Cambodia has today, in 2018, settled in at least 13 other countries, with no plans of slowing. With influence in Asia and Africa, their eyes are currently set on the Middle East. But how can they extend their reach this greatly? Well, the organization has developed comics for Alongsiders to read together. Written in 23 languages (so far) and tailored to suit each region's cultural identities, these resources teach good habits and encourage moral characteristics. In addition, they are even developing an app!  Soon to be launched, the app will extend the reach of Alongsiders to more areas.

Abroad is not the only place where change is occurring; back at home in Cambodfia, a new shift is happening as well. A while back, Alongsiders was inspired to establish a place for spiritual nourishment and refreshment – thus the creation of Shalom Valley. Projected to open at the end of 2018, it will be Cambodia’s first Christian campground (follow their progress at www.facebook.com/shalomvalley). The site is first and foremost for Alongsiders’ retreats for Cambodian youth, with the goal of extending the space to churches and groups in the future. Its location is special for two reasons. First, it is situated right along the ocean. This location provides many children with the opportunity to experience vast waters for the first time. And second, it is the site of a bomb crater, once associated with turmoil and fear. But with God being welcomed into this location, a space that was once associated with turmoil and fear is to become a place of love and hope. Cambodians have the opportunity to reclaim a piece of their history.

Pictures and videos presented during Craig’s sharing, in addition to the joy beaming from his face, clearly demonstrated the influence this movement is making. God has big plans for Alongsiders.

But first seek his kingdom and his righteousness, and all these things will be given to you as well. Matthew 6:33