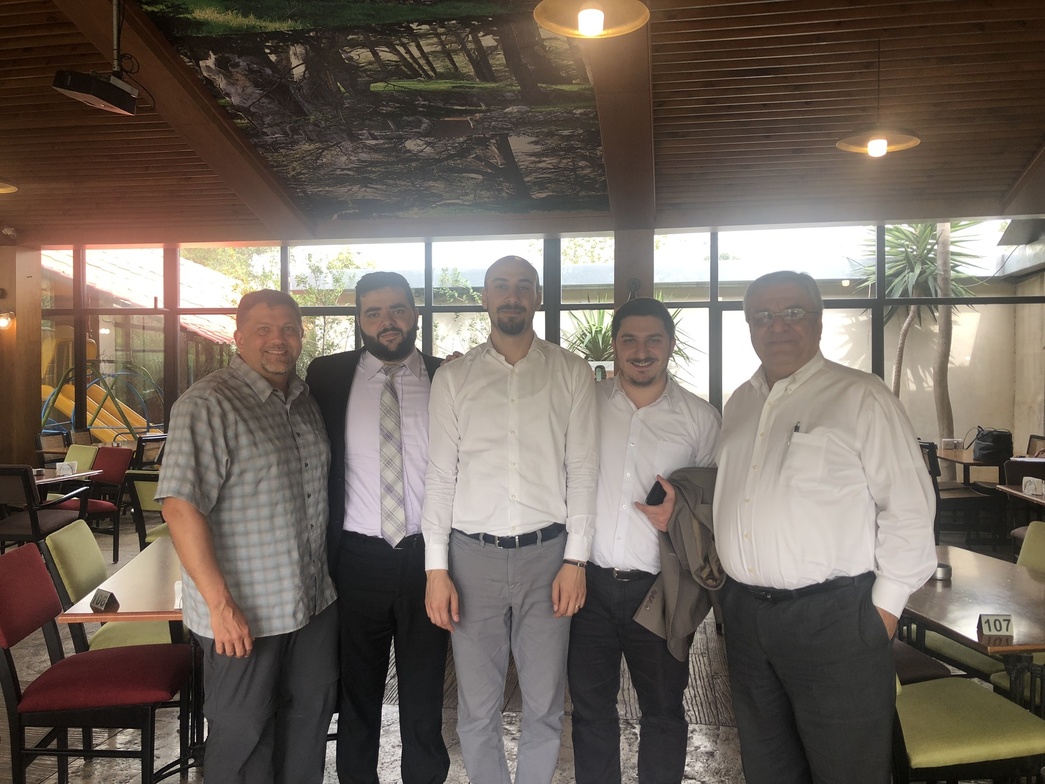 FEAL is an oasis of hope in the Middle East. FEAL stands for Free Evangelical Association of Lebanon, and since 2016, Tenth has partnered with them in supporting their Oasis program. Tenth's Pastor of International Missions, Patrick Elaschuk and his wife Inneke, recently stayed with Joseph in his Beirut apartment while visiting FEAL projects.

FEAL is a vibrant, growing church planting movement that actively empowers displaced families with the support and stability necessary to rebuild their lives. FEAL has become a cornerstone among the refugee community, restoring the hope of families trapped in transition and preparing them for their return home. Those who have found Christ while in exile, will carry out this church planting movement in the Middle East.

Guiding the ministry’s work is Director Joseph Najem — a man with incredible vision and a heart for the Arab world. I recently spent some time with Joseph. He spoke about his passion for missions in the Middle East and strong belief in partnership as a missions strategy. His story is especially an inspiration to anyone in the midst of taking a leap of faith to follow Christ.

Q: Why did you choose to go into full time ministry?
A: Finding and understanding God’s calling for my life was a long process. Before ministry I was in business and traveled for many years all over the Arab world. Because I was busy in my work, I resisted the voice of God for a few years until He began to stir my heart for the people in the Arab world as I traveled. I began to ask myself, “How are these people going to hear about Jesus?” and “How are they going to receive the Good News of the gospel?” I finally realized that God was really calling me into ministry. I left my job and my business to go into ministry which was one of the biggest decisions of my life. I don’t regret that decision at all. It has been a privilege for me to serve God — He is my boss now.

Q: After you attended Tyndale Theological Seminary in Canada, you returned to Lebanon in 1994. Was that your plan all along? If not, what made you return to Lebanon?
A: My intention from the beginning was to return to my country for ministry, to serve Lebanon and the surrounding countries, after studying in Canada. We entered Canada with an immigration visa and received Canadian citizenship. My Canadian passport allowed me to travel into Arab countries safely with the assurance that the Canadian government would help me if something were to happen to me. I have always seen this as God’s providence over my life and I’m very grateful that Canada allowed me to have Canadian citizenship — but I knew that I had to go back to the Middle East and be at the forefront of the ministry fields where I was called to serve.

Q: What do you mean when you use the term "Arab world”?
A: The MENA region is an abbreviation for Middle East and North Africa. This region is made up of 22 Arab countries scattered between the Middle East and North Africa, from Morocco to Iraq, Yemen and Syria. These countries make up the Arab world, which is also called the Muslim world. The official mother tongue of them all is the Arabic language. It’s where Islam started.

Q: In what ways does FEAL specifically aid refugees?
A: In the last few years we’ve had an influx of Syrian refugees in Lebanon and have received 1.5 million Syrian refugees. We felt that part of our role was to help some of these refugees based on their felt needs because they lost everything. These people live in despair and had to leave their country. God, in His word, has instructed us to love our neighbour and even to love our enemies. We felt compelled to help them and through our refugee ministry, God has revealed an opportunity to start church planting with them in Lebanon and in their own country when they return.

Q: What power is there in national leaders rising up in their own countries to serve their own people?
A: I think it makes sense to shorten the distance of missions by having national leaders work with their own people. I am certainly in favour of this because national leaders can really relate to their people. Nationals know the language, they know the culture, they understand the behavior of their people, and know the demographics of their areas of influence. This makes it more simple for them to facilitate their work, rather than having to stay a long time to understand these things. It is much easier and much more effective this way.

NOTE: This blog was prepared by Partners International - Canada, which helps faciliate our partnership with FEAL.

Partners International and the Free Evangelical Association of Lebanon (FEAL) have worked alongside one another since 1994 — unifying experience and resources — to plant churches, train leaders, and develop communities in the Middle East and North Africa (MENA) region.

Picture: Joseph is pictured on the far right and Patrick is on the far left.