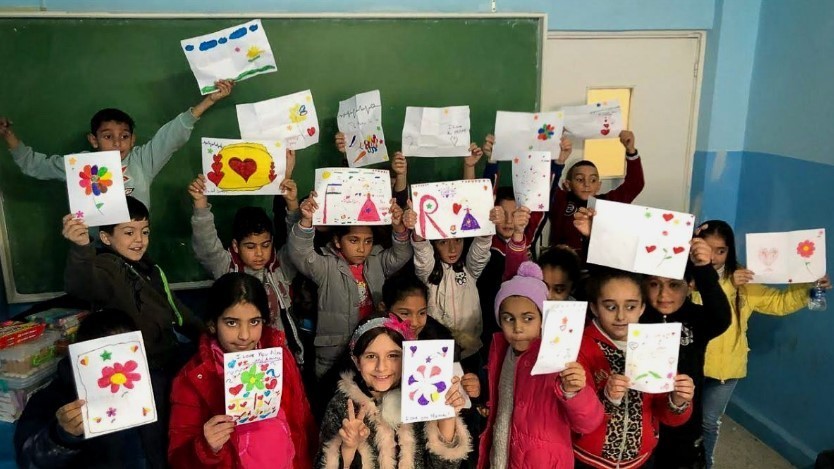 FEAL stands for Free Evangelical Association of Lebanon and is a partner that Tenth has in supporting the Oasis program in Lebanon since 2016.  Tenth's Pastor of International Missions has visited FEAL and testifies to this good report.

The situation for the refugees in Lebanon is becoming harder each day as the economic situation is very bad. Although it is very difficult for refugees who stay in Lebanon, life in Syria can be even worse. Despite these circumstances, God is on the move and is doing amazing things with the people at Oasis. There are new things taking place and more people are coming to know Christ. We are seeing Him at work in Syria, especially among those from a Muslim background.

Rania’s nephew had been missing for 5 years. She worked up the courage to ask for prayer. That same week she received a phone call and was told that he was found in one of the Syrian prisons. Shivering in disbelief, Rania said that Jesus heard her prayers. Although she was sad he was in prison, Rania was overjoyed to hear that he was still alive and was thankful for answered prayers.

The children are happy and excited to be able to lead their friends in hymns and songs.

Basila is a strong believing woman at Oasis. Basila and her family were being threatened by her own mother and brother. Her mother is a very tough woman and told Basila that they were coming to Lebanon to bring them back to Islam. When we heard what Basila and her family were faced with, we began praying for them. When Basila’s mother and the brother arrived in Lebanon the general security did not allow her mother to enter into the country. Her brother had no choice but to come on his own. When he arrived he noticed a positive change in his sister’s family. He was expecting to see them doing poorly because they had left Islam. He began to ask a lot of questions and on Sunday he came with Basila to church. He and his family live in Saudi Arabia. We provided him with information to attend an underground church because he wants to know more about Jesus.

The women at Oasis are learning amazing skills. They are learning how to do all kinds of beautiful crafts and gain useful skills week after week.

NOTE: This blog was prepared by Partners International - Canada, which helps facilitate our partnership with FEAL.