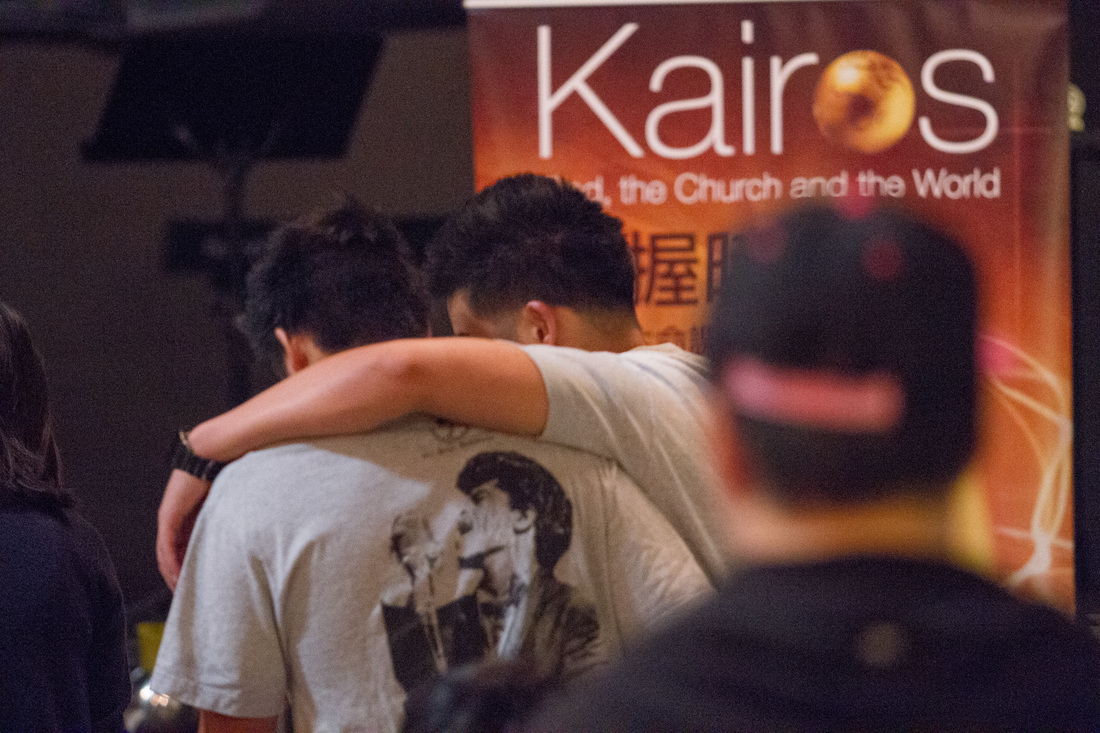 I took the Kairos course in Oct 2018. I had heard about Kairos from a friend who had taken this course and subsequently took his entire family (including his 2 teenage children) through it. My friend was so enamoured with Kairos that he eventually became the Regional Coordinator of the program in Ontario!

I shared with my friend what was on my heart during one of his visits to Vancouver. I was searching for a way to mobilize and empower some of my church friends to become the leaders and mentors that their church needed at the time.

These friends are long-time followers of Jesus. They had been active members in their previous churches and had served for decades on a variety of committees and volunteer positions both inside as well as outside of the church. But these friends had become tired after years of serving so they decided to sit down and rest for a while. Several years later, they discovered they were still on the couch! By their own admission, they were feeling guilty and were now finding it extremely difficult to get up.

What to do? How do I motivate my friends to leave the comfort of that old couch? Their church needs their help! How do I inspire them to get off that couch (or pew) and to re-engage? How do I inspire them to gain a better understanding of God's mission in the world so they can use their gifts and talents to live out His purpose? How can I get them excited about being a part of God's mission in the world (local and global) and in a way that is unique to their gifts as well as to their interests/passions?

My friend said, take the Kairos course, and you will find your answer there! So I did.

Little did I know at the time that Kairos' vision was "to see the whole Church mobilized for cross-cultural mission to the world's least-reached peoples." Kairos had only been in Canada for 2 years at the time so did not yet have a fancy website that included this vision statement. You see, I am not a missionary and had never received the call to serve in overseas missions. In fact, I had never even been on a missions trip! I just wanted to help my church gather the leaders and mentors they desperately needed by finding a way to get my friends off the couch. However, I did also want to learn about God's mission for the world and how I could be a part of that.

Well, despite myself and my lack of interest in missions, Kairos turned out to be the perfect course for me. God obviously knew what he was doing when he led me to it - and he knew NOT to show me Kairos' vision statement as I would not have taken the course otherwise.

I LOVED the course! I soaked up every morsel of it! And I was sad when it ended.

I saw Kairos more as a discipleship course than a course to train people for cross-cultural missions. In fact, I feel that every believer should take this course as part of their discipleship training regardless of whether they have a desire to do overseas missions or not! I learned so much that I hadn't known before, and it was like my eyes had been opened to see things I hadn't been able to see before.

My biggest take-away from Kairos was learning about God's grandiose mission for the world. I thought I knew what that missions was but the Kairos course showed me how shallow my understanding was.

Kairos pulled out tons of verses from Genesis right through to Revelation to show us God's grandiose plan for redemption, salvation, and reconciliation of the world. God's faithfulness is clearly shown time and time again throughout the Bible, and his plan for the world continues to move forward despite injustices, set-backs, and obstacles. Kairos had a remarkable way of putting significant and powerful verses from Scripture together in a way that allows us to see with sparkling clarity God's mission for the world and His overwhelming faithfulness to every single one of his promises.

Kairos showed me what my responsibilities were as a believer. We have been blessed as recipients of an incredible covenant initiated by God to his people in Gen 12: 1-3, known as the Abrahamic Covenant. There are most definitely responsibilities contained within this covenant! We have also been given a calling in Matthew 22:37-40 (The Greatest Commandment) and in Matthew 28:18-20 (The Great Commission).  Contemplation AND action. The call is out. It is up to us to respond and to obey.

Kairos helped me redefine my understanding of what missions is all about and the roles involved in every step of the process. I learned that when we follow God on a mission, we are gifted with specific roles to play. Some people are called to go and help by immersing themselves cross-culturally. Some are called to stay and welcome those who come to us. Others are called to cast vision and to empower others in God's purpose. Still others are called to send and support those who go on missions.

I discovered that I had not been called to go into the missions field (I already knew this). I had not been called to welcome those who come to us (this I also knew). And because of these two things, I was obviously not called to cast vision or to empower others for mission. But what I didn't know was that my role is to support those who do go out onto the missions field - to pray for them and to support them financially and with whatever means I have.

I was already supporting missions financially but I had not previously seen prayer as being the work of missions. However, once I recognized this, I put it to action - I answered a request from my Kairos leader to  "adopt" a missionary from the C&MA and to support her through prayer for the 4 years that she had committed to the missions field in Senegal. My small group sent her off with a group prayer meeting just before she made her way to Senegal, and we continue to pray for her individually (and sometimes in pairs) every month. We are currently in our 3rd year of supporting our adopted missionary through prayer.

Kairos opened my eyes to global missions and to how God is working in the Church and in the world. It is all very exciting! Kairos most certainly gave me a much clearer vision of what my own work is in the world and for this, I am truly grateful.

Gali Chung is part of the Tenth Church community and participated in Kairos at Tenth in 2017. The next Kairos starts on February 6, 2020 at Tenth.