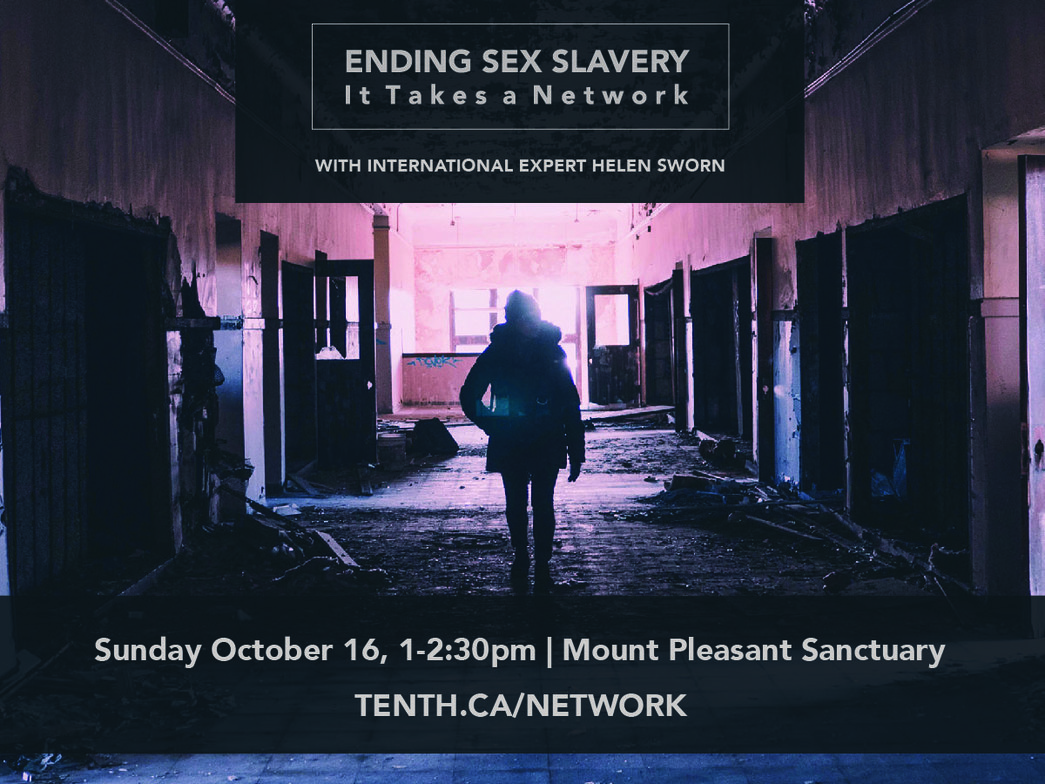 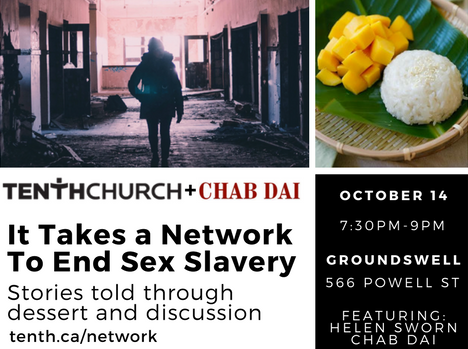 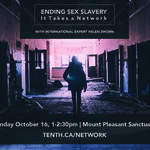 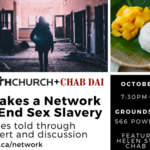 Sworn is the founder and director of Chab Dai (the name means “joining hands” in Khmer), a coalition of Christians committed to seeing an end to sexual abuse and trafficking.

Canada’s new prostitution law, Bill C 36, was adopted in 2014. The Bill made it illegal to buy sex, spurring a cacophony of voices: feminists land on every side, human rights are touted by all, and both sexually conservative and sexually liberal observers could either support or reject the new Bill C 36.

One point of agreement: the vulnerable, the marginalized must be protected. But who fits into that category of ‘vulnerable’? Scholars diverge. John Lowman of SFU claims that sex work empowers women, even if it is their last resort—because it is a way of turning sexual capital into economic capital. Ben Perrin and Janine Benedet , law professors at UBC, view sex work as inherently exploitative of women.

“Cracking down on demand, on pimps, on johns, on drug dealers—it does provide a legal framework for the issue. But beating at it with a stick won’t stop the continuum of abuse,” says Sworn, who has studied the effects of both legalization and criminalization of sex work. Canada’s Bill C 36 follows in the footsteps of the Nordic Model of legislation - one that criminalizes ‘johns’ rather than sex workers.

“The Nordic Model hasn’t worked well in Norway because it won’t work without the social support systems. At the same time, a UN special report showed that since sex work was legalized in Germany, although the number of sex workers has grown from about 65,000 to 400,000, only 44 of those workers chose to register themselves with a government-created national registry aimed to protect prostitutes.”

Aware of the pitfalls of both legalization and criminalization, Sworn looks to collaboration within the private non-profit sector for answers to the human rights abuses that are linked to the sex work industry. Abuses run the gamut of human trafficking, such as instances where legal recruitment agencies convince rural Cambodian families to change a daughter’s age on her ID card, sign a contract and have her working legally in a Montreal brothel within a year—despite her being underage.  “The whole of the global criminal network is connected. So stakeholders interested in fighting human trafficking need to find common ground, stop judging, and stop silo-ing arguments,” says Sworn.

This drive to collaborate led Chab Dai Canada to partner with a sex workers’ union in Montreal, despite the clash between the two groups sexual mores. “We got access into the brothels because the union agreed that all workers should have an opportunity to access counselling,” says Sworn. “To the union’s surprise, we ended up finding underage Cambodian girls there.”

Chab Dai’s collaborative approach has made the way for an online initiative that resembles a cross between wikipedia and linkedIn — social media for the fight against human trafficking. The online platform, the Freedom Registry, launched last year. It has international ambitions and is the first of its kind.

“The reason that human trafficking is the fastest criminal network in the world is that traffickers are networked and we are not,” says Sworn. “We need to network.”

There are over 170 organizations in Vancouver’s Downtown Eastside doing humanitarian work, along with government resources, but there is no collective organism for partnership between the organizations. With this new online platform, Chab Dai hopes to link together government agencies, NGOs and grassroots movements in ending commercial sexual exploitation and human trafficking across Canada and beyond.

Through data collection, vetted memberships and a well-established steering committee, the Freedom Registry will provide a referral mechanism for clients, a sharing of best practice and an attempt to patch over the gaps and overlaps that currently run rampant in the fight to end human trafficking.

Hear more from Helen Sworn at Tenth Church Mount Pleasant on October 16, 1-2:30pm as she dialogues on "Ending Sex Slavery: It Takes a Network".

Helen will also be sharing in a more intimate gathering over dessert stories at Groundswell on October 14, 7:30 -9pm.