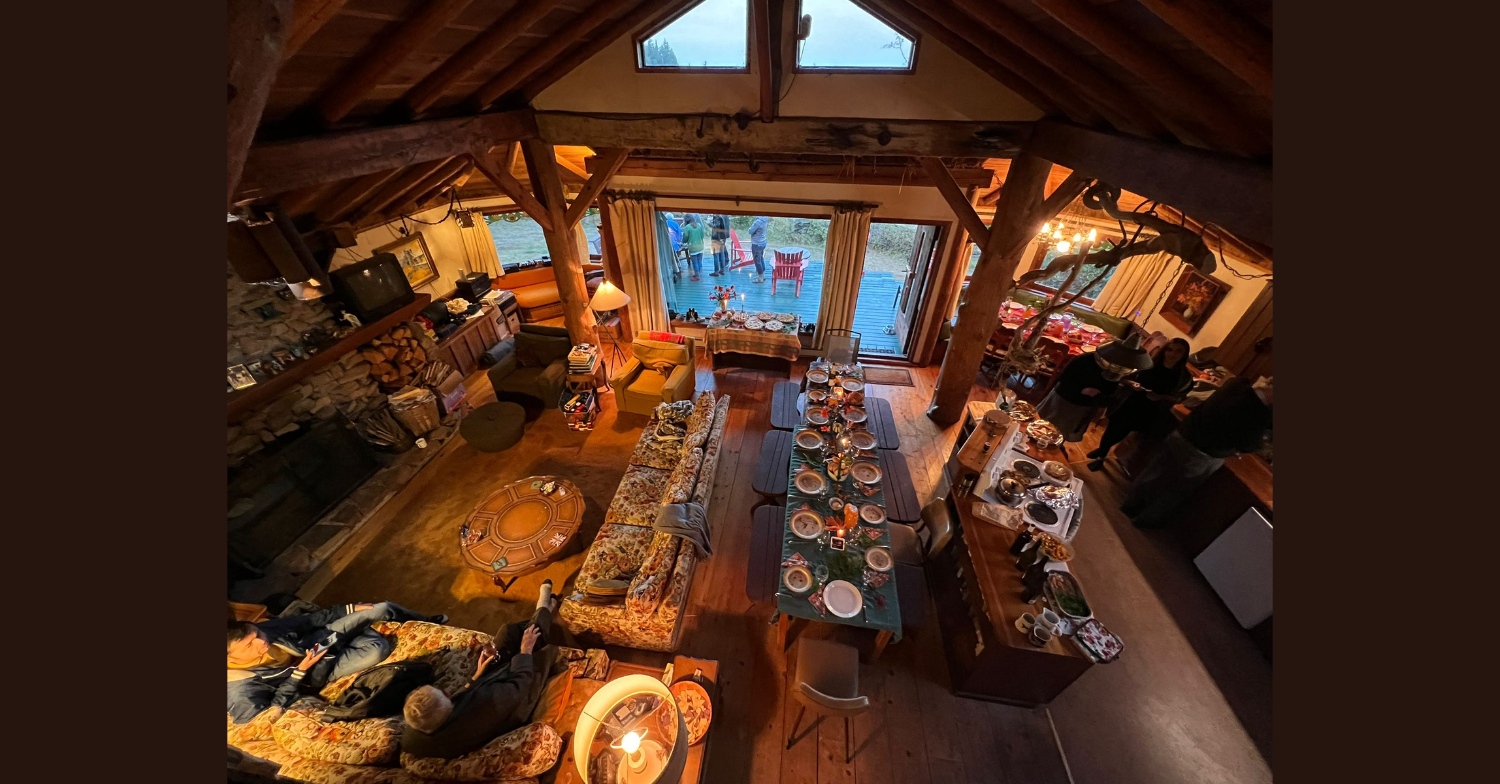 This past Thanksgiving weekend, members of the Tenth refugee community were invited to stay with friends at Denman Island, where they enjoyed a relaxing weekend at a farm overlooking the ocean.  Names have been changed for the sake of confidentiality.

We gathered for the Thanksgiving meal, 30 people stretched out along the long tables, sitting snugly shoulder to shoulder, with a feast of Canadian-Afghan food laid out before us—the usually turkey, stuffing and sweet potatoes, but also spicy eggplant, pomegranate salad, chai.

After we had eaten till we could eat no more, each of us shared something we were grateful for.

Every story was profound and heartfelt.

Nasima stood to speak.  A few hours earlier she had proudly served heaping pots of steamed clams she had dug up from the beach, dripping with garlic butter and delicious.  She was grateful for the new friends she had made on the weekend.  For the hosts who had opened their doors to strangers.  For the freedom to ride a bike on the quiet roads, and in the darkness safely walk a forest trail to gaze at the millions of bright stars above.

A year earlier she had been a captive in her own house.  The Taliban had taken over her beloved country, and in the blink of an eye she lost the value of her hard-earned degrees, her prestigious career, even the ability to walk alone in the market.

She moved from house to house to avoid detection, every day wondering if this would be the day a knock on the door would mean imprisonment, rape or death.

Her evacuation was highly risky, nearly impossible in fact, and only by a series of miracles she escaped a country that had descended into hopelessness, despair, and deep darkness.

And now she was here, surrounded by friends, speaking from a full heart.  Her face glowed in the candlelight, her eyes bright with laughter.

She had been welcomed into a place of freedom.  For her, light had broken through her darkness.  There was indeed, much to be thankful for.

If you are interested in walking alongside newcomers in Canada, check this out, and tell us what you think.