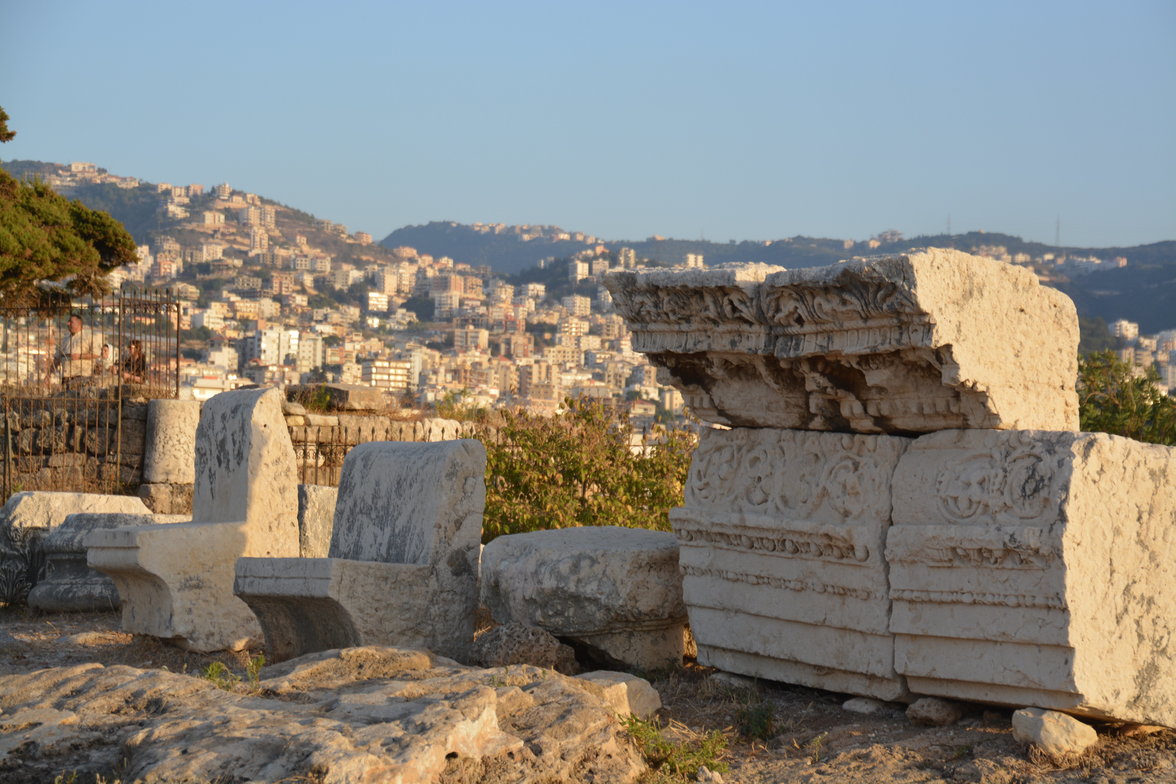 Pastor of Neighbourhood Connection in Kits - Jaylynn Byassee and Pastor of Missional Engagement in East Van - Lee Stockburger recently traveled to Lebanon with a group of pastors to find ways that Tenth can be more engaged in the heart of the refugee crisis; in the Middle East.  Here is a part of their story.

I saw this Scripture lived out in the flesh. I met the Apostle Paul first-hand--I was there, in the book of Acts, in Lebanon. Our team returned from Lebanon this past week, on the heels of a new Presidential election for Lebanon, and on the anticipation of the US election in North America. In both places, I felt their concern and their angst in who would lead them. But in their midst, I also saw God's people, being raised up, to share a faith that no one could put asunder...no one human leader could determine its path. Gospel strength is different than any other strength I've known--it's true power--it's life-giving. It's hope in the flesh of God's people.

Our time in Lebanon began with a gathering of pastors from around the Middle East. They serve in places you nor I could ever reach. My colleague and friend, Lee Stockburger, was by my side through it all. We marveled at the presentations of the pastors--like TED talks for Jesus--yet with faded pictures, and not-so-fancy power points, and stories that we couldn't believe we were hearing...did he really just say that?  These who are serving God in the most wretched of places...yet they go back and continue and press on.

On the day of the US election, I saw a rainbow.  I thought it was a promise.  I was happy.   By the end of the day, I had wondered if 'my rainbow' had lied.  A gentle friend said, "the rainbow is not magic...it just promises you won't drown."

Pastors who preach the gospel in Syria aren't promising anything easy. On the contrary, they tell new believers not that they "may" experience hardships, but that they will experience hardships.  When our team expressed concern for these pastors and why they continue to serve in places where other Christians are fleeing, their response was, "If the light leaves the darkness, the darkness wins. If the light remains, it pushes the darkness back." They went on to say, "we don't think of ISIS as the enemy, but as the victim. And, we pray for them."

I can't even write those words without shuddering. Did I hear that correctly?  We. Pray. For. Them.

We asked one man in a refugee camp (a place whose horror no picture can capture) what was his favourite verse in the Bible? What was the one verse that gives him hope?  "Love your enemies." This spoken by a man who fled Aleppo, where his home was destroyed and looted.  A man who's been in the refugee camp for 5 years--longer than my own family has lived anywhere. My family moved to Canada from Boone, North Carolina.  We lived there 4 years.  It was in this place where we felt our faith strengthened and grounded as a family, that we were sent out to serve elsewhere.  It was 4 years where my children's faith was formed.  And it changed us.  These refugee families have lived in camps longer than this--what has happened to them during this time?  What has impacted them each day they live there?  What forms their very souls?

What happens in 5 more years...in these camps and in the cities where refugees are fleeing? The pastors we met with believe in one purpose--to shower God's love and care over these people. They believe that these refugees are given to them for a time, and they don't know how long that will be. But whatever the time, what will form them, guide them, encourage them, sustain them? The pastors say "we share the love of Jesus, unconditionally, with no strings attached." Just given. What they do with that, only God knows. But one thing the pastors we visited know for certain is that love is also life-changing for those who offer it. One pastor writes about his congregation in Lebanon--a place where they'd been praying for revival for years, and nothing happened.  "But when we as a congregation started helping the desperately poor and needy refugees, and shared the love of God with both hands, in words and in action, revival came and changed our church."

This is a country that experienced a civil war and where they remember the brutality of Syrian soldiers during the occupation of Lebanon from 1976-2005. That was not that long ago! Yet, now, Syrians are fleeing from their own bloodshed and violence in their own country.  And they come to Lebanon--for refuge.

We met with refugees who've fled circumstances unspeakable. They've witnessed things no human being--man, woman, child-- should ever witness. They take the word 'fear' to a level I've never known. And yet, here they are, in the flesh, I've sat with them. I've listened to their stories. I've seen pastors who love and serve and live with them on a daily basis. I've seen Jesus in the flesh, and I can't deny the amazing love that penetrates the hearts of those who have most suffered. Lord, have mercy.

One of the refugees shared her story of how she escaped--through mountainous terrain from Iraq, through Kurdistan, and how she lost everything. Everything. And when asked what could possibly give her the strength to go on (yes, we were the weak ones in the room), she replied "when there is great suffering, faith rises."

May our faith rise--through the powerful stories of the poor and the powerless, and may Jesus's love encounter them in places not a one of us would expect to find him.  And yet, he lives.  Christ is risen.  And he alone reigns.

But those who trust in the Lord for help will find their strength renewed. They will rise on wings like eagles; they will run and not get weary;they will walk and not grow weak.  – Isaiah 40:31