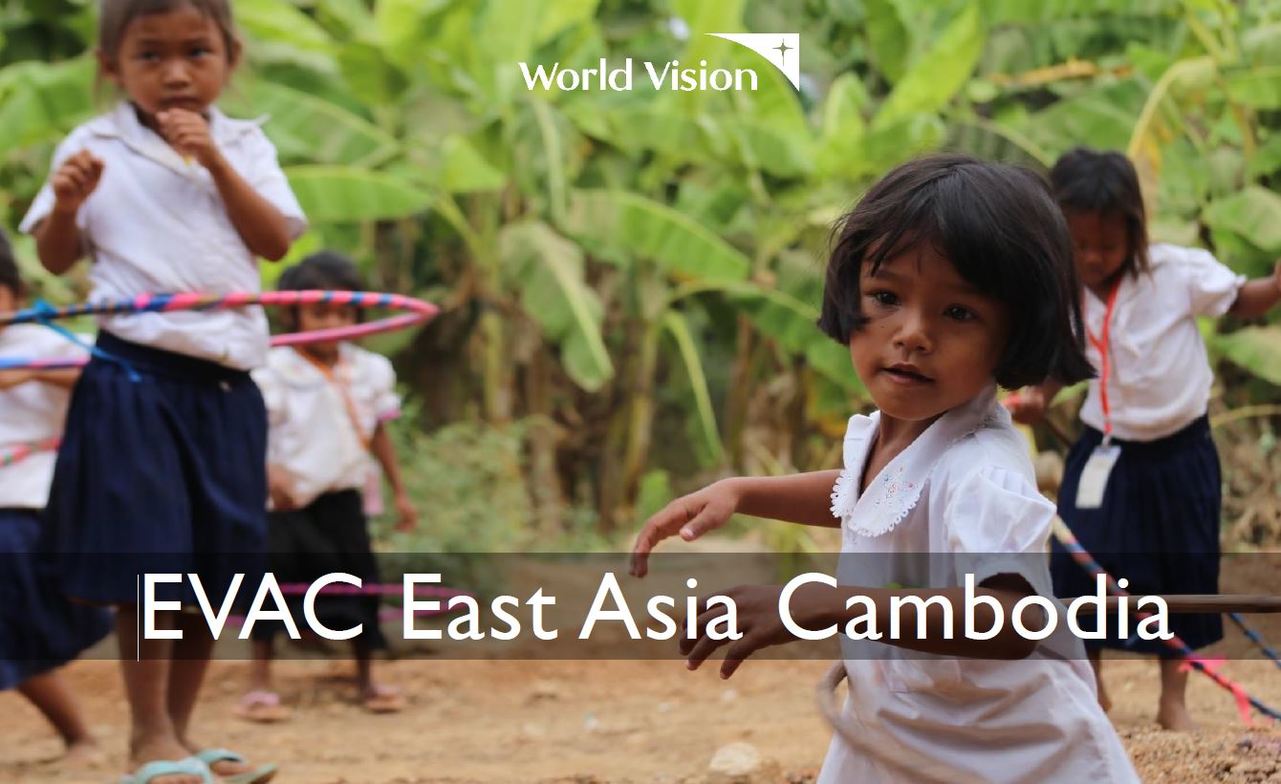 Robert McKinley is the World Vision church relations representative for BC and Yukon. Find a recent update on the EVAC (Ending Violence Against Children) Program that Tenth supports in Cambodia

End violence against children. That is the goal of World Vision’s four year program. Abuse can increase susceptibility to several outcomes, including drugs and alcohol abuse, trafficking, other forms of exploitation, and a continued cycle of abuse. When considering the relationships of a child’s life, parents and guardians are often the first which come to mind. Unfortunately, physical and verbal abuse is a common disciplinary tool for many Cambodians.

Cambodia endured a horrific genocide from 1975-1979, consequently affecting the mentality of Cambodians alive today. PTSD is a reality for numerous adults andviolence can be commonplace within the family and community in Cambodia. And World Vision is committed to breaking this cycle, advocating for children, and empowering parents and leaders on peaceful and productive ways of living.

Relationships within the household are not the only relationships with influence in a child’s life. World Vision recognizes this and thus targets numerous demographics with the hope of creating widespread change. Mrs. Sam Ol, the Director of the Provincial Department of Women’s Affairs with EVAC partnership, said, “We are working to strengthen the local Child Protection mechanisms on prevention and respond in partnership with stakeholders - for keeping victim’s safety and interest. Capacity development to stakeholders included youth, child protection centers, and parents is our priority for bringing awareness to violence against children issues”.

Ultimately, community care workers, teachers, the police force, monks, youth, parents, and children themselves, all have a role to play in ending violence against children. Religion, government, and society must work together at the micro and macro scales. In this inter-dependent ecosystem, education, reinforcement of taught values, and communal support are crucial to reframing the collective mindset.

Having begun in 2016, the EVAC program has 2 more years to go. Experience the difference it has already been making in one household: Riem Deoung is a woman, 38 years old, who has a husband named Sarik Vel, 43. She has 4 children living in Khnor village, Preah Vihear province. Her family has been particularly susceptible to violence; the hitting of children, and alcohol abuse (from her husband). Prior to joining EVAC and learning about the Community Programs like keeping children safe, toolkits and celebrating family with child protection committees and the EVAC staff, she and her husband would discipline their children with punishment of violence. After they joined and learned about keeping children safe since the beginning of January 2018 they have started to change their behavior in caring for their children because they have understood about the negative effect of violence on their children.  She said “even though I hit my children, but my children still not have good behavior. So, I have to change my style in educating my children. I have noted that since I used a positive style in educating my children I felt my children have good communication with me and their father as well. Furthermore, I also have taught my children how to protect themselves from harm or sexual abuse.”

When reading this story, it may be tempting focus on how abuse was once prevalent in the family. But notice how positive change is occurring. And the EVAC program is empowering Cambodian communities to create a better and more hopeful world for their children.