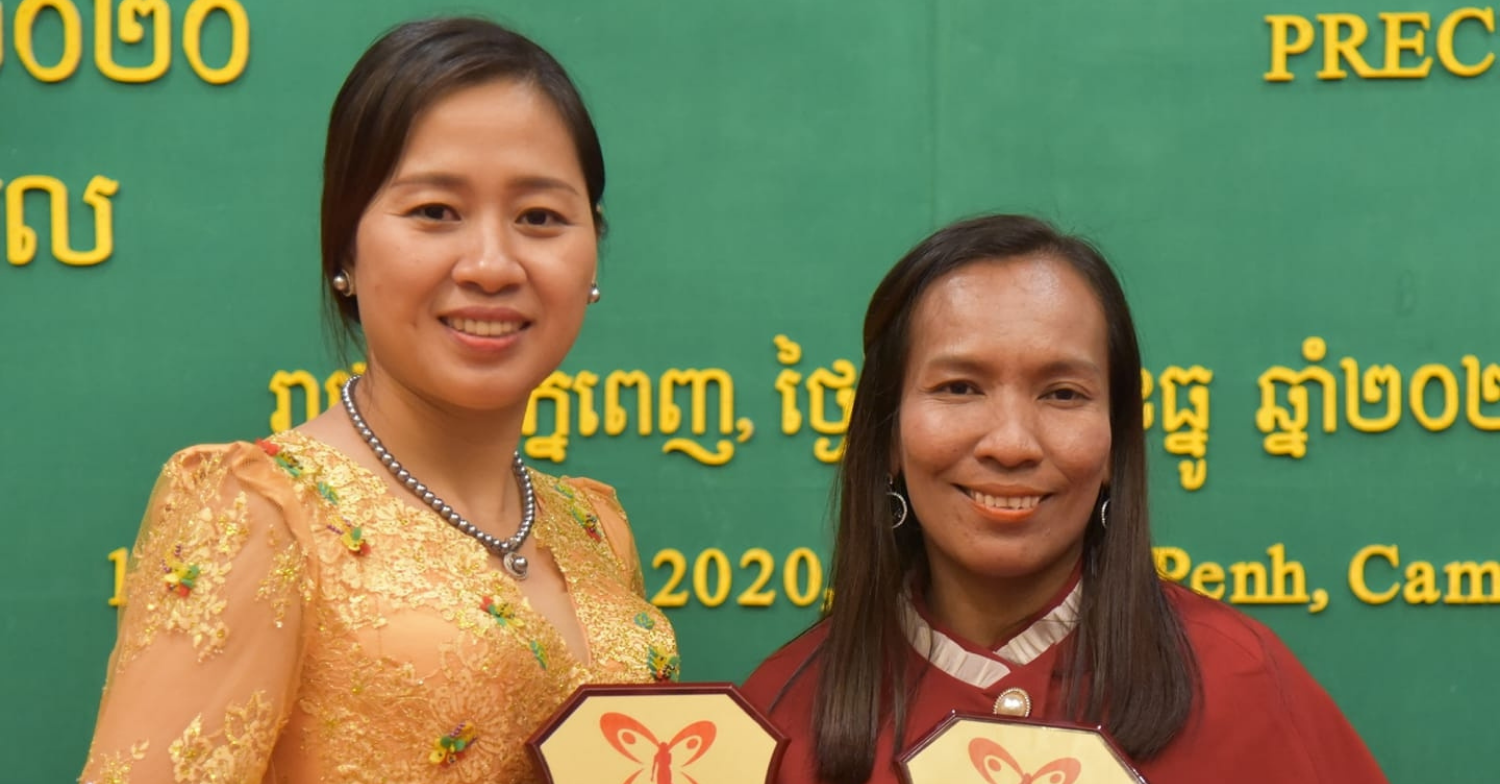 Sopheak is an orphan girl who grew up in a poor family as her parents died when she was young. Her life was fully lonely, hopeless, and warm-less, but she began to change after she began learning about Precious Women through our live radio show. She started her own chapter by moving to work in Phnom Penh, but she didn't have any place to stay. Precious Women allowed her to stay at our Butterfly Home. We saw Sopheak had a beautiful heart to help the other people and so we recruited her to be a house leader for a few years, then became an official Precious Woman staff.

Sopheak shared her testimony in experiences at the anniversary that before she started working with Precious Women, she didn't know how to speak or write in English, she didn't know how to use a computer.  And since she was also was not confident in making relationships or speaking in public, she has learned a lot during her time working with Precious Women.

Because of Sopheak’s faithfulness, quick learning ability, and hard work, we promoted her to be the Operations Director in January 2018. In this new role, Sopheak initially struggled with following her responsibilities and establishing confidence in leading staff events and organized programs. However, after training and great encouragement from Solida (Precious Woman’s Founder and Executive Director, she began blossoming in the workplace. Sopheak is a key component to the success and fluidity of Precious Women. She has modeled improving her potential to the staff and has represented Precious Women well among other organizations. Overall, Sopheak is a passionate leader who stepped into her training to elicit positive change around her.

We see Sopheak has made great strides within her capacity for leadership, spiritual growth, and her professionality.  Now she has more confidence in leading the Precious Woman staff and developing future projects that give dignity and hope for exploited women.  Also part of her role is donor communications, logframe technicalities, creating strong relationships with clients, staff training, and creating safe welcoming spaces for all staff and participants in the Precious Women community.

Taken from Precious Women’s 10th anniversary which was celebrated on December 18th of 2020.

By Solida Seng, Founder and Executive Director of Precious Women

Tenth has supported Precious Women for the past 4 years as we have watched Sopheak grow into a confident and effective leader.

Thank you, Tenth community, for your generous support to Precious Women over the years.

Check out Ratanak’s annual report where you can also learn about Sopheary's story.

Join our next prayer time for Cambodia.

Picture above: Solida and left and Sopheak on right