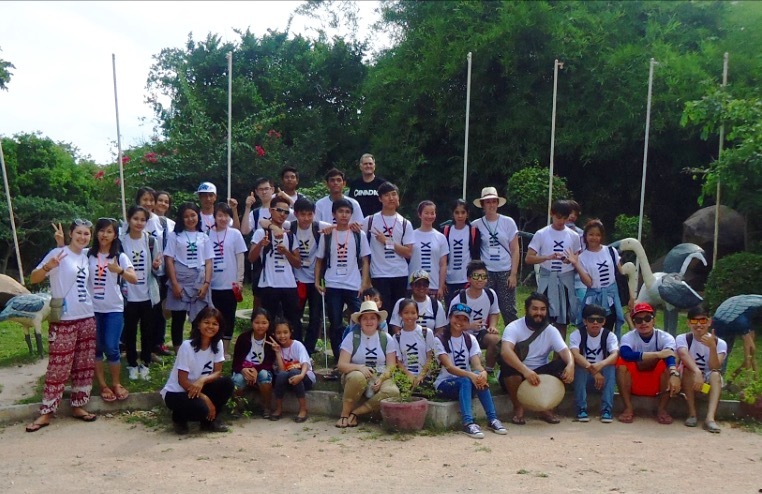 Today marked the last day of English Camp VIII at Tum Nup Tak Church in Phnom Penh, as well as our Week One milestone. As we made our way to the church for our final farewells and “graduation ceremony”, I think we were all mostly feeling a mixture of sadness that the week was over and excitement for what is to come.

We arrived at the church to the usual smiley faces of our students; our final gathering began like the others had this week, but today we were all keen to know which team had the most points.  My team (Green) had been last place nearly all week, so today was our chance to come back and boy, did we ever! Coming in third totally made eating that Durian worth it… blerghhhh!!

All the students received an official certificate for the completion of the English Camp; we signed all their certificates and then spent about half an hour taking photos and selfies (yes, Cambodian’s have selfie sticks too). We enjoyed a final meal together and after a few rounds of Uno, we left to pack our belongings and meet up with Vanessa, Queenie and Michael.

Being reunited with the rest of our team was amazing! We had missed Queenie and Michael at English Camp and were super excited to hear about what God has been doing through them personally and as a team in Oudong Village. I’m not even sure who was happier to be reunited as Vanessa, Queenie and Michael were each visibly happy to see us (or maybe it was knowing that they’d get to sleep in a real bed tonight sans bugs).

Catching up and debriefing as our team of 12 was incredibly encouraging; we are experiencing so much that I can barely begin to explain what it’s like, but sharing that as a team brings a whole new meaning to it all.  Our time with David and Patti and the students at TNT English Camp VIII was amazing and it was sad to say goodbye, but now we look forward to next week where our skills as English Teachers will be tested once again in much different circumstances in a more rural area of Kampong Chhnang, about 3 hours north of Phnom Penh. We’ll be working with a different group of people and an organization called Onyx.