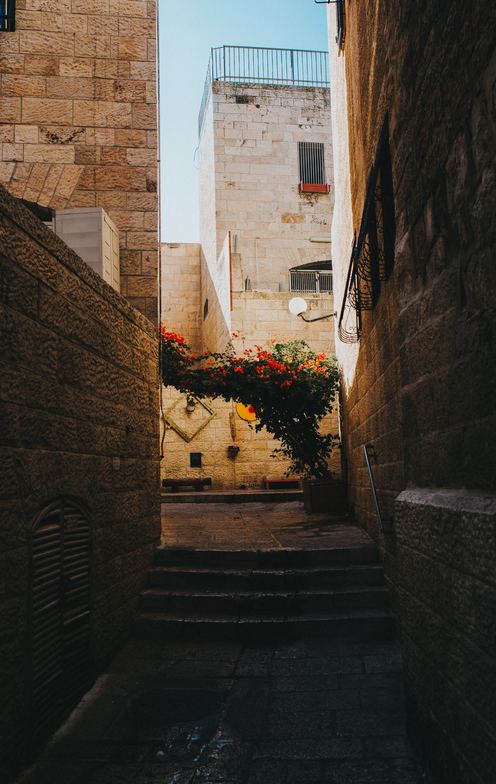 Did you know that in Arabic, musalaha means ‘reconciliation’?

Dr. Salim Munayer is the director of a ministry aptly named Musalaha, and Lisa Loden is on the advisory board. Since 1990, Musalaha has been working diligently in Jerusalem to facilitate opportunities and challenge Israelis and Palestinians to embrace their neighbour. Together, they also co-authored "Through My Enemies Eyes- envisioning reconciliation in Israel-Palestine". Their efforts have gained global recognition, allowing Dr. Munayer and Lisa to be keynote speakers for Vancouver’s 2019 MissionsFest.

In this rare opportunity, spend an evening with Dr. Munayer and Lisa. Come learn about how they facilitate reconciliation between the residents of the Holy Land, all coming from various faiths and cultural backgrounds. Dinner will also be catered by one of the refugee families Tenth walks alongside. Be prepared for rich exposure to the Middle East!

Salim J. Munayer is Executive Director and founder of Musalaha Ministry of Reconciliation, which has been bringing Israelis and Palestinians together since 1990. Salim is a Palestinian-Israeli born in Lod as one of six children and received his BA from Tel Aviv University in History and Geography, his MA from Fuller Theological Seminary, graduate studies in New Testament from Pepperdine University and his PhD from the Oxford Center of Mission Studies in the UK. His doctoral dissertation was written on "The Ethnic Identity of Palestinian Arab Christian Adolescents in Israel." He has published several books on Reconciliation, the Israeli-Palestinian Conflict, and Christians in Israel and the Palestinian Authority. Salim served as academic dean of the Bethlehem Bible College from 1989 to 2008, and continues to serve as a professor at the college. He is also an adjunct professor at Fuller Theological Seminary. Salim is married to Kay and has four sons, Jack, Daniel, John and Sam.

Lisa Loden is a Messianic Jew living in Israel since 1974. In 1977, together with her husband David, she co-founded Messianic congregation Beit Asaph in Netanya, Israel. From 2002-2007, Lisa served as the Managing Director of the Caspari Center for Biblical and Jewish Studies in Jerusalem. From 2008-2012, she headed and was a lecturer in the Department of Leadership Development and Forgiveness Studies at the Nazareth Evangelical Theological Seminary (NETS). Currently, from 2012, Lisa serves as Project Manager for Israel First Fruits Center for Economic Advancement. Lisa is engaged in several international ecumenical theological dialogues. She is co-chair of the Lausanne Initiative for Reconciliation in Israel-Palestine and is a member of Musalaha Reconciliation Ministries Advisory Board. She is a founding member and co-leader of In His Image – Women for Change. Lisa has one daughter and two granddaughters.