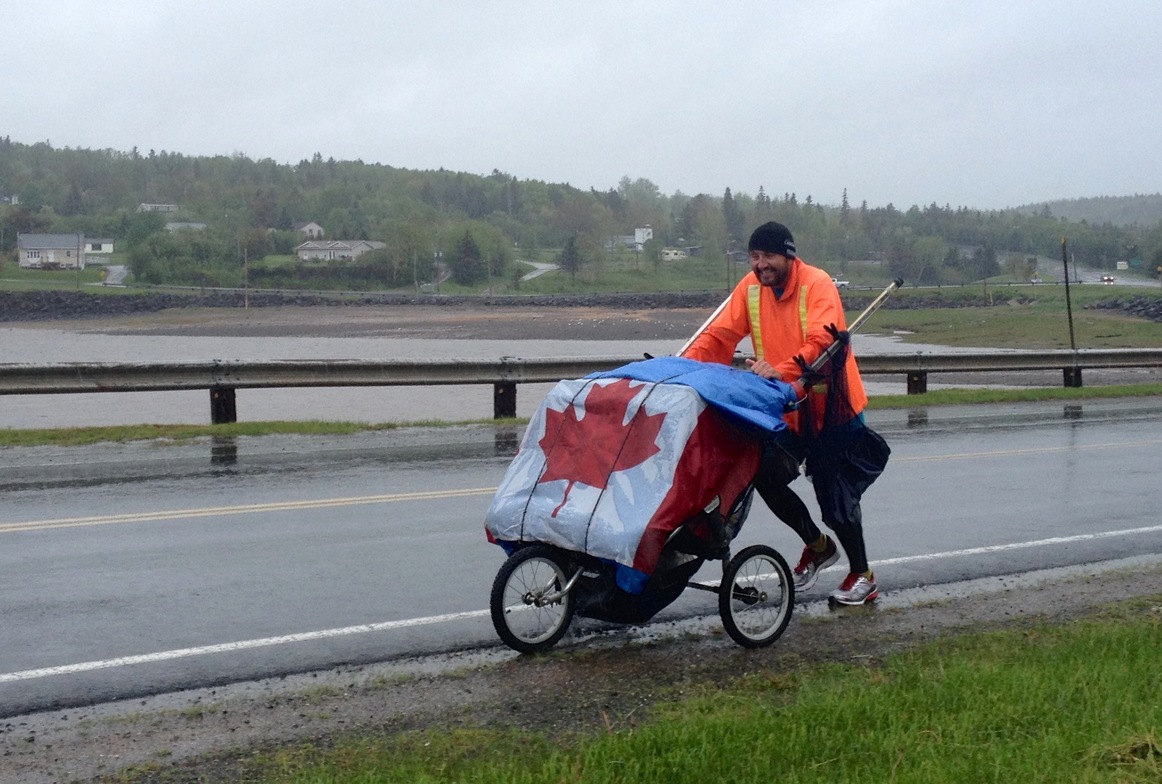 Andy Sward is a man with passion — specifically for the environment and for his fellow Canadians.

Andy, a regular attendee at Tenth Church, began a great mission for Canada’s environment back in the Summer of 2013. Andy ran from Tofino, British Columbia to Thunder Bay Ontario picking up bottles and cans that had been thrown onto the side of the road.

In the first three months of running, he had gathered 10,000 bottles and cans. The thousands of bottles and cans were recycled with the money being donated to local school programs.

Check out this local news clip of Andy and his mission here:

According to the Greater Vancouver Regional District, it only takes 10 plastic drink bottles to make the fiberfill for one ski jacket. That’s 6000 ski jackets worth of material that Andy has picked up.

Thousands of plastic bottles and cans are made, purchased and thrown out each year—many that end up on the side of the road. Andy has been a blessing to the nation with his initiative and he’s been doing it all for free!

In total, Canadians have generated and processed garbage so poorly that it has cost roughly $1.5 billion to dispose of each year.

“Being a long distance runner, and having a deep love for this country, a cross Canada run was always on my bucket list.”

He has helped at Tenth Church's meal programs, OOTC (Out of the Cold) and Oasis Café, as a cook in the kitchen (and he has helped cater a refugee support training lunch with Oasis Café).

With his passion for young people, Andy has also started raising funds for Inner Hope Ministries, which focuses its efforts to provide support for youth around the community.

In the beginning of this month Andy flew to Lake Louise to finish what he’s started. He is currently running back to Vancouver and will have completed a 3 year cross country run! He will be back in town in time to run the BMO marathon with Team World Vision/ Inner Hope with Tenth East Van on May 1.

How true that we as Christ-followers are not only called to community with one another, but are also called move into action as a community, taking care of God’s creation.

By the end of the summer if you see Andy around Tenth, be sure to say hello—he’d be happy to share his heart with anyone who is willing to listen.