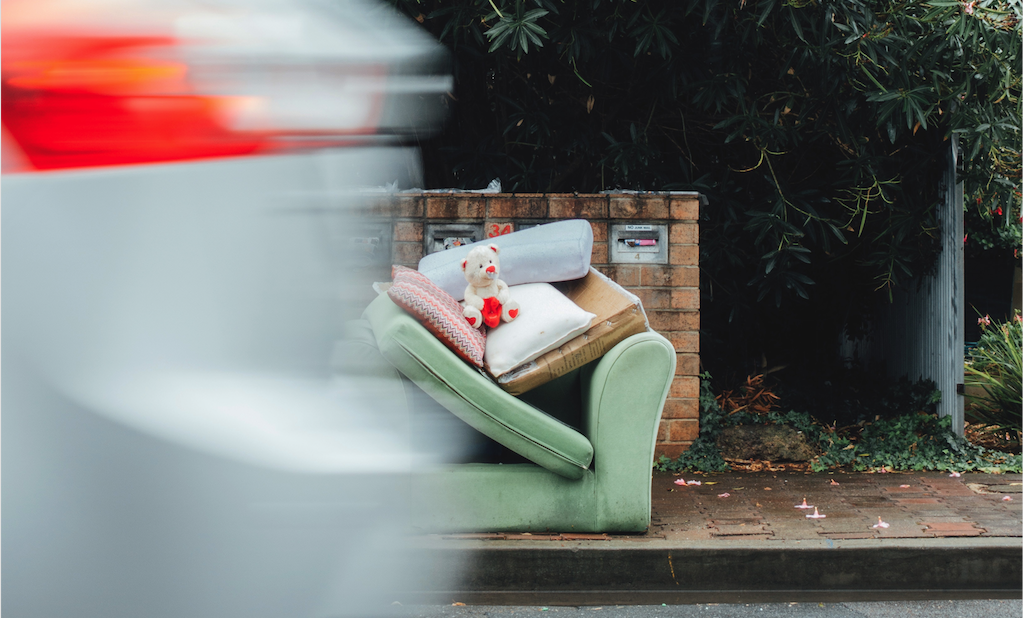 As she was putting on her coat and leaving one Tuesday, a volunteer with the Oasis Cafe commented "I thought I was coming to feed hungry people, but never imagined how being part of the community is about so much more than food."

Indeed, we really should share more stories about what happens when we sit down with our neighbours to eat.  So here is a story about a Southeast Asian women with a French name, who is in a coma in one of our local hospitals, and who now has a teddy-bear to make her smile when she wakes up.

In the middle of our lunch service one day, a man wearing a priest collar stepped into our dining room. He asked to see the person in charge.  We had several UBC students with us who had come to learn about community services accessible to thow who are HIV+, and on top of our usual meal, we were making a big batch of granola for a bake-sale.  But everything was coming together, so I did not mind the interruption.  If he had come half an hour earlier, it would have been hard to make time for him.

The man introduced himself as the priest from a church on the next block, and said he had some non-perishable food items that members of his congregation had collected.  He asked if we could use them for our meals, or to pass on to the guests who came to eat with us.  I told him we could, and he said he would bring the food over right away.

The priest was back a few minutes later with a large reusable grocery bag.  From a quick scan, I saw some food we could use in our meals, a sweater that looked dressier than most of our guests’ usual attire, and a white teddy-bear holding a pink fabric flower.  My first thought was to tell the priest that I had agreed to his food, not his cast-off toys. But we often accept both the useful and the less-useful items as we build relationships with donors.  (It can be hard to determine when it is more costly to accept items we cannot use, or refuse certain items and risk the donor going elsewhere.)

I figured we could put the teddy-bear out on our table of donated clothes the following week, and then send it to a thrift store it if was not picked up.  Kelly, one of our volunteers, put the priest’s donation away, and with just a few minutes left before closing time, I finally sat down to eat lunch.  A moment later, someone slipped into the chair beside me.  Adam, a frequent guest at the Oasis Cafe, looks to be in his mid-60’s, though could be younger.  Poverty ages people.

We exchanged how-are-you’s, and then Adam told me his girlfriend, Veronique, was in the hospital, and had been in a coma for two weeks—a result of her diabetes.  He timidly asked if I could pray for her.

Adam is the closest thing Veronique has to family here in Vancouver. He had been meeting with the doctors, trying to come up with a care plan for her.  They had said they did not know how she would be when she woke up, but it was likely that she would need some level of permanent care, never returning home.  With my own blood sugar and ability to focus finally stabilizing (as I ate lunch), I thought through what I knew about diabetes.  Someone has to have experienced extremely erratic eating or concurrent complications to be affected so severely.

I prayed with Adam, then asked him to wait a moment before he left.  I found Kelly and asked her to check if the teddy-bear was nice enough to give away.  She brought the bear over, and we offered it to Adam, guessing that he had little money for any kind of get-well gift for Veronique.  He started to cry as he picked up the bear, holding my hand, not able to say anything for a moment.

Only a few minutes had passed from my previous annoyance at a tossed-out toy to this sudden beautiful moment of connection.

With Vancouver’s overdose crisis, the trauma that many of our guests face, and with the challenges of poverty, many who walk through our doors are carrying heavy pain.  God promises to wipe every last tear from our eyes one day.

But until then, maybe we are meant to simply share our lunch, and our teddy-bears, and live by the old proverb, “Shared joy is double joy. Shared sorrow is half sorrow.”

*Photo by Ben Neale on Unsplash