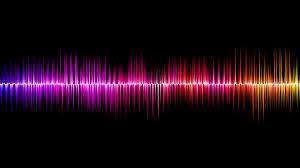 Picture this: Instead of hitting shuffle on a playlist of Bethel songs in the morning, you press play and wash of sound fills your car or house with a resonant single note.

The “sound” you are listening to, aptly called drone music, is not a new fad for sacred or secular music. Drone music dates back to bagpipes, Byzantine chant and Indian classical music and has been used in the meditation practices of Hindus and Christian Mystics for hundreds of years.

For Christians, Drone music invites some sensitive issues into the conversation. Joel Heng Hartse regularly attends Tenth Kitsilano and he is a music writer and lecturer at SFU. Joel recently wrote an article in The Behemoth about experimenting with drones as a Christian. Hartse grants that “The drone can be a kind of stand in for the rootedness of all meaning in God’s presence.” While the drone can powerfully invoke a sense of God’s infiniteness and sustaining power, it can also (more questionably) act as a stand in for God himself and invoke emotional experiences that may worship the perfection and purity of the sound more than that of God himself.

In a pluralist day and age, the Christian weight of responsibility deepens as we discern how to worship and approach God. A google search for “Christian yoga” will invite a plethora of Christian opinions about yoga—as everything from pagan idol worship to a powerful means of Christ-centered meditation when based around the scriptures or practiced with Christian music.

Drone music, though less hotly debated on the internet, opens up many of the same arguments and considerations.

When talking about food sacrificed to idols, Paul provides some relevant wisdom:

We know that “An idol is nothing at all in the world” and that “There is no God but one.” 5 For even if there are so-called gods, whether in heaven or on earth (as indeed there are many “gods” and many “lords”), 6 yet for us there is but one God, the Father, from whom all things came and for whom we live; and there is but one Lord, Jesus Christ, through whom all things came and through whom we live. -1 Corinthians 8:4-6

If the drone is to be used in a Christian context, it must be done with a clear conscience and a sense that we are reclaiming its spiritual qualities for the glory of God. We are pulling a practice with ties to Hindu meditation and pluralist new-age spirituality and into the practice of worshiping the One True God.

We are called to the redemption and reconciliation of all things; perhaps the drone is one musical device we can lay claim of and add to our arsenal of Bethel songs in the morning to help us center our hearts on the glory of Christ and the infiniteness of our God.

Emma interned as a Children’s Ministry Assistant here at Tenth this past summer. She is currently completing a degree in Jazz Studies at Capilano University.

Sep 18
Our Vision for Spiritual Transformation