A Present of Presence 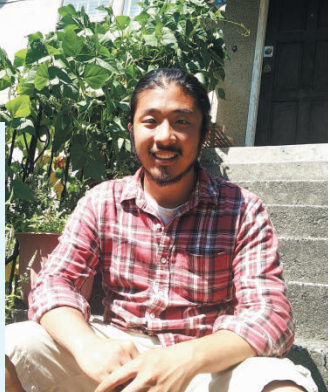 When I teach children, I often see God’s simple truths shine through them: humility, peace, and vulnerability—to name a few.

But one thing that I find most striking about children is their presence. At Tenth this often seems true upon just meeting the children. They are so ready and eager to engage (but not always the way we want! It could also be the sugar!) Regardless, their “present"ness permeates with smiles, curiosity, and a certain attentiveness. Occasionally, there may be an argument, an accident, or just a kid having a crummy day. Moods change, kids may cry. But they never hide from the present moment. Other kids may chime in asking if everything is ok. Kids who are unwell are often ready to share their immediate emotions or pains. Everything exists in present.

Even outside of Tenth, in the land of India. God spoke to me equal truth—but in a strikingly different light. In India, when my team and I were working among the urban poor communities, many children had never seen a foreigner before. Most children would be cautious, particularly the toddlers and babies. I recall one baby's expression change when she saw me. It was as if she was seeing a ghost! She started to crawl backwards, to not remove her gaze from me. Only the current moment mattered.

Now,  I wonder where that sense of presence has gone in my own life. Often as I speak to people, I find my mind occasionally wandering: When’s my next meeting? What's a good question I can ask? Did I pay the parking? But as I grow to know Jesus more, He invites me into just being present. With Him. With others. With my surroundings.

How children have model that so well. God is pretty great.

Ryan Tang lives in the Downtown Eastside of Vancouver (DTES) as part of a team with Servants Vancouver. The DTES is one of the oldest neighbourhoods in Vancouver, and is known as “Canada’s poorest urban postal code”. Through community development and relationship building they are learning how to love and serve as Christ did, through both beauty and brokenness.

To support Ryan Tang and Servants Vancouver, please head on over to servantpartners.org